When it comes to overall health and wellbeing, it is probably fair to make connections between physical appearance and mental health. 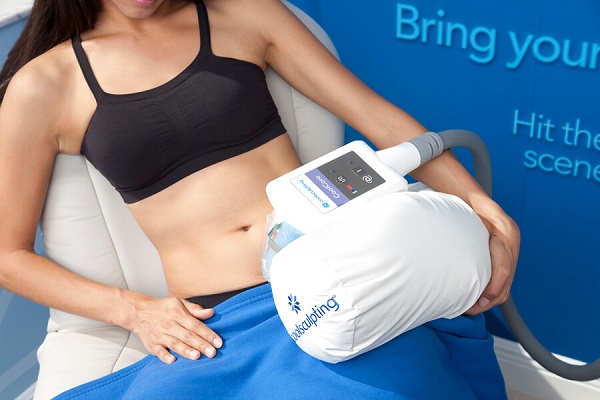 With the widespread availability of non-invasive cosmetic procedures Coolsculpting, it is easier than ever before for people to make those changes without fear of painful operations, high-risk interventions and long, protracted and equally uncomfortable recovery periods. In addition, fat-targeted procedures such as Coolsculpting make it less necessary for people to risk unproven dietary fats, which can often prove harmful to the body.

We live in an age of constant scrutiny from social media and the more traditional sources of body shaming such as TV and magazine. Anyone even faintly unhappy with their appearance is more likely than ever before to feel the pressure from all this expectation, being bombarded as we all are by supposedly perfect bodies and faces. While cosmetic surgery is not the right course of action for everyone, the situation can be a useful prompt for people who are genuinely unhappy with a particular aspect of their bodies.

Why Coolsculpting is a Safe, Effective Cosmetic Journey to Physical and Mental Wellbeing

Studies have shown that cosmetic interventions do indeed have a positive impact on psychological states, with improvements recorded in sex lives, social lives and leisure activities. There are numerous areas within the cosmetic treatment that people can call on for this positive change, with those who are concerned about their body shape able to undergo the procedure of Coolsculpting, which uses complex scientific methods to produce real results.

Tackling excess fat without the risk of fad dieting

While Coolsculpting isn’t aimed at weight loss, it is often the case that people try to lose weight because they mistakenly link it to dissatisfaction with their body shape. While it is recommended that everyone observe a healthy, well-balanced diet, desperation and poor awareness of the health risks have led many people to fall foul of fad dieting. The risks of these are many, including dehydration, exhaustion and fatigue, digestion problems and in some cases malnutrition.

Because Coolsculpting improves body shape to the point that people fit into their clothes better, and have a general overall look and physique that is more pleasing to their eyes, it gives people the outcome that they may have mistakenly been pursuing through dieting and excessively intense gym routines.

Another issue with solely pursuing weight loss is that it doesn’t actually remove fat cells – it just makes them smaller. Coolsculpting offers a more permanent solution where weight loss only reduces the size of fat cells without eliminating them – and the CoolSculpting technology aims to remove 20-25% of fat cells in any given treated area.

It is also backed by experts as a safe and methodical process, which safeguards against causing unnecessary damage to other parts of the body. The high level of water present in fat means fat cells freeze at a different rate to normal cells, so the Coolsculpting process is effective in these specific areas without harming other cells.

How successful is Coolsculpting?

Because the Coolsculpting process is aimed at removing fat, it has become particularly timely for our modern ways of living. Contemporary consumption of fatty foods has left our livers unable to process the excess fat, meaning it ends up in fat cells. With our bodies equipped with the natural defense mechanism of removing cells that are perceived to be a threat to wellbeing, once the offending cells are removed they do not come back – meaning fat loss via Coolsculpting is very much a permanent process.

A 2015 study found a greater percentage of successful fat removal via Coolsculpting compared to other methods such as ultrasound, while another study in the Aesthetic Surgery Journal found complications in less than 1% of patients who underwent Coolsculpting.

Latest posts by RAKI WRIGHT (see all)
Previous Post: « 8 Scalp Conditions And Symptoms
Next Post: Blinds Vs Curtains: Which is Best For Your Home? »