Learn more about Netflix‘s initiative, The First Time I Saw Me, which features characters with diverse backgrounds and nuanced personalities. 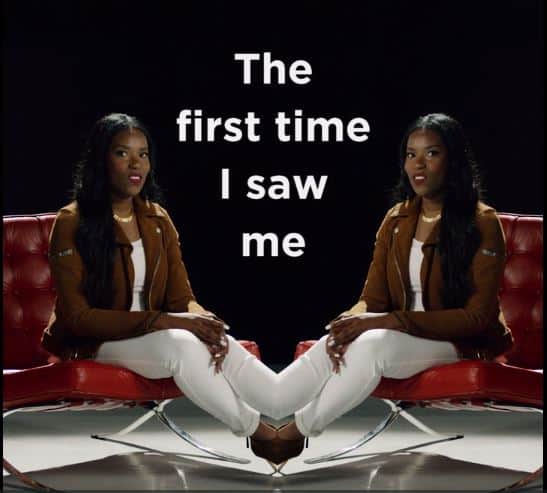 As a member of the Netflix Stream Team, I get awesome perks like swag, a subscription, a device to stream episodes, and more.

What’s even more awesome are the previews we often receive and opportunities to share our feedback about new Netflix initiatives.

Recently, I received an email that said:

Kimberly Reese from the TV show A Different World 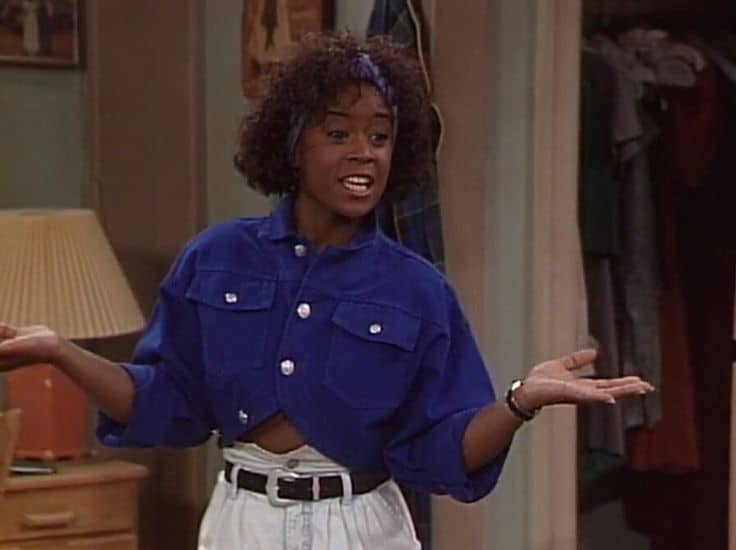 Since Kim’s family was not rich, she paid for her education through scholarships and part-time employment. Her employer named her “employee of the month” for numerous months.

Kim was a straight-A student and she also participated in many campus clubs. Her friends worried about her taking on more activities than she could handle and encouraged her to relax once in awhile.

The First Time I Saw Me On TV

I identified with Kimberly because she was a smart, dark skinned, African-American female.

It wasn’t enough just to have African-American characters on TV shows. Rather, I needed to see people that literally looked like ME!

I didn’t know how important it would be to see myself in these role models until middle school.

How Teenage “You” Affects Adult “You”

Middle school is an important transitional phase in a child’s life. It’s a big deal for parents and kids alike.

I think back to my middle school experience. It was different for me because girls can be so catty. I remember being picked on (and feeling betrayed by girls I thought were my friends…in favor of other girls).

I had a lot of friends. The teachers loved me. I was smart. Maybe they were jealous of that.

They picked on me for being dark-skinned. It’s called colorism. Colorism is the practice of discrimination when those with lighter skin are treated more favorably than those with darker skin. Don’t understand it? Watch Dark Girls.

Yes, it was all very traumatic for me.

What Kimberly Reese & I Had in Common

I grew up in a middle-class family with my mom, step-dad, and brother. Both of my parents worked hard to give my brother and I the best life they could.

We were never homeless, hungry, or without anything we needed. We had summer vacations, bountiful Christmases, and owned our own home.

My dream was to be the first person in my family to graduate from college.

My parents couldn’t afford to finance my expenses, so I worked throughout the duration of my college years. I paid for my own living expenses, transportation, etc. I worked 30-40 hours a week all year long.

I figured out a way to make it happen and actually pulled it off!

High school was easy for me. I graduated from high school at the top of my class, with joint graduation from a governor’s school dedicated to STEM (Science, Technology, Engineering, and Mathematics).

College wasn’t exactly like that. It took money, time, and focus. I rarely had all three at the same time. What I did have is perseverance.

Every job that I’ve had turned into a promotion. I am so thankful that my hard work and desire to be “the best I can be” pays off!

See why I related to Kimberly Reese so much? 🙂

It’s no surprise that representation in television and movies matters, even Michelle Obama

herself thinks so. Whether you take your TV with a heavy dose of comedy or spend hours with Netflix dramas, characters with diverse backgrounds and nuanced personalities are crucial and I am excited to partner with Netflix.

Netflix originals like Dear White People, Orange is the New Black, 13th, Naked, She’s Gotta Have It and more speaking on their personal experiences of representation in media.

Netflix is not bound by the barriers of traditional linear television, meaning, they can continue to tell these intersectional stories of previously marginalized groups of people, again and again and again!

, How to Get Away With Murder

, and … okay, anything by Shonda Rhimes

By the way, in case you missed the news this week: Shonda Rhimes is moving to Netflix. That means, even more, edge-of-your-seat drama and truly binge-worthy shows are coming to Netflix that will continue to build upon a strong foundation of representation that Netflix offers in its original shows and movies.

Netflix hopes the video will start a conversation with the hashtag #FirstTimeISawMe, where people from all walks of life can share what representation on-screen means to them.

Yes, most of the TV shows we watch are fictional, but seeing someone like you on TV is immensely powerful.

Dear White People star, Antoinette Robertson, said: “What I would say to young Black women would be to respect yourself regardless of how the world is seeing you. By exceedingly loving yourself, you’re showing people how they should treat you.”

I love Netflix for this.

It’s not enough to just see kids on TV, but adults they can look up to, too. If you have or know of another little dark-skinned girl who could use a few familiar faces to identify with, show her this list: 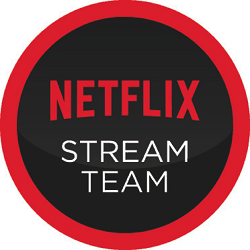