Are you looking for a list of books for your 6th, 7th, or 8th grader to read this summer? I’ve compiled a list of must read books that your tween or teen is sure to enjoy! 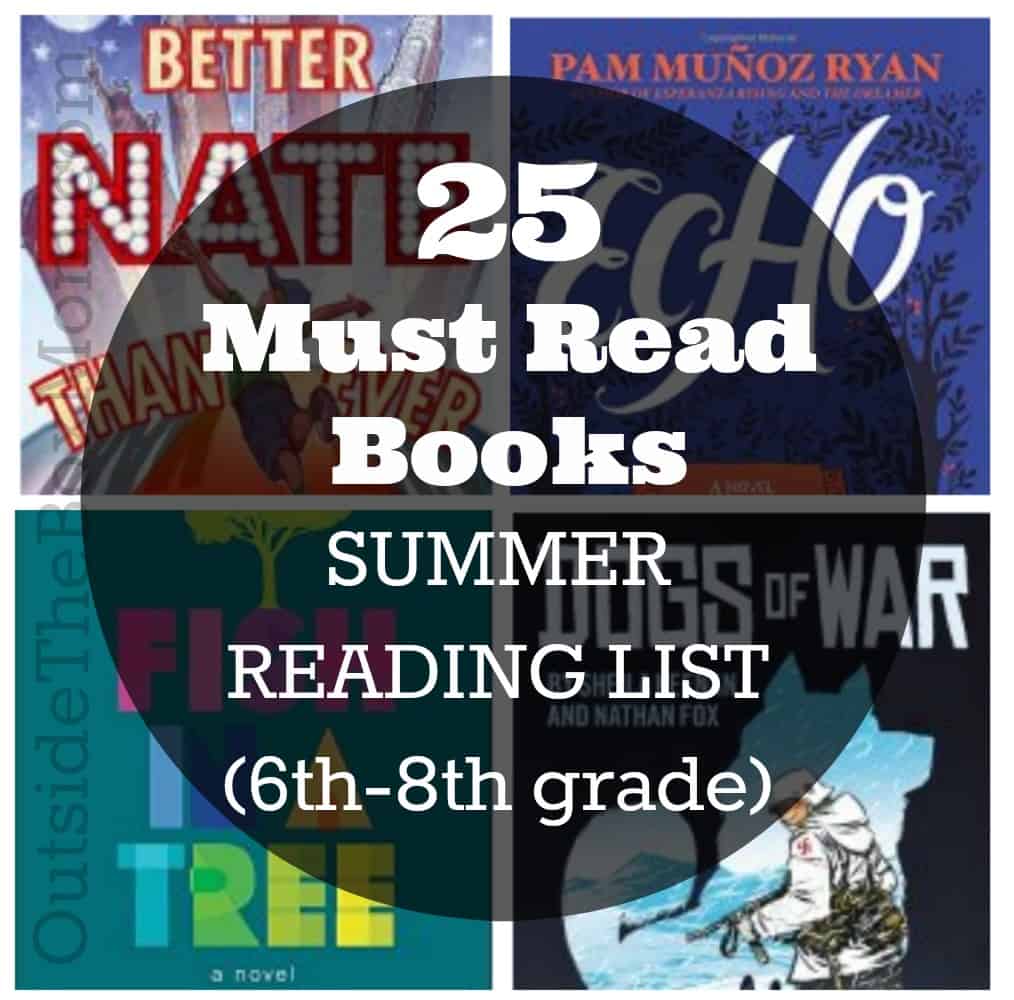 Now that school is out and the summer is upon us, I want to ensure my son doesn’t just veg on the couch playing video games all summer long. It’s important to keep reading and learning throughout the summer so you don’t lose those skills that you worked on during the school year.

I found a summer reading list that is perfect for tweens and teens in the 6th, 7th, and 8th grade. My son has just finished up his 6th grade year and will begin the 7th grade in the fall. I’ve noticed a few of his favorites on the list like the Big Nate series.

Here is a list of 25 Summer Reading Books for 6th-8th grade:

Nate has a plan that—with a little luck—will take him from his non-fabulous Pennsylvania town to New York City and land him a role in E.T.: The Musical.

Told in verse, this book explores what it was like for Woodson growing up during the civil rights movement.

Tragedy changes Willow’s quirky but comfortable life, and as she adapts, she changes the lives of those around her.

Dogs of War by Sheila Keenan

This graphic novel tells the unforgettable true stories of three wars heroes from three different eras—World War I, World War II, and Vietnam— and they all happened to have four legs.

The Dolphins of Shark Bay by Pamela S. Turner

Meet amazing dolphins that have learned to use tools to hunt for their dinner.

In an epic novel, three children find their lives changed through a magic harmonica and their own self-resilience.

Fish in a Tree by Lynda Mullaly Hunt

Ally struggles to hide her dyslexia by continually getting in trouble, until a substitute teacher discovers what she is really hiding.

When a thief gets sentenced to Fairy Tale Reform School, she gets more than she bargained for as a mystery develops. First in a series.

Ellie’s scientist grandfather makes his greatest discovery when he reverses aging, but he has to live with the consequences of the effects on thirteen-year-old Ellie and her mother.

Jackson Greene vowed never to get involved in another middle-school con, but he is put to the test when the girl of his dreams runs for class president.

Captain Hook’s daughter sets out to avenge her father’s death by slaying the crocodile. First in a series.

I Kill the Mockingbird by Paul Acampora

The Iron Trial by Holly Black and Cassandra Clare

Despite his father’s warnings about the dangers of magic, Callum enrolls in the Magisterium and begins to learn about himself and his own bewildering powers.

Lowriders in Space by Cathy Camper

Flapjack, Elirio, and Lupe build a custom out-of-this-world lowrider car to enter in the Universal Car Competition and hope they will win the cash prize so they may finally make their dream come true of owning their own garage. First in a series.

The Mark of the Dragonfly by Jaleigh Johnson

When plucky machinist Piper rescues Anna after a meteor shower, both girls stow away on an armored train to escape the man chasing them.

Mark of the Thief by Jennifer A. Nielsen

Nic, a slave in the mines of ancient Rome, escapes after discovering a magical amulet. First in a series.

After living in a perfect town his whole life, Eli discovers there are secrets that will change everything. First in a series.

Middle School, the Worst Years of My Life by James Patterson and Chris Tebbetts

Rafe’s plan to break every rule in the school handbook is soon out of his control. First in a series.

The Port Chicago 50: Disaster, Mutiny, and the Fight for Civil Rights by Steve Sheinkin

Exposing racism in the military, this is the gripping account of 50 African American sailors who were charged with mutiny after refusing to follow direct orders putting lives in danger.

Initially expecting a simple trip to rescue a border collie, Ben finds himself traveling by school bus with his enthusiastic father, a crusty mechanic, and other colorful characters.

The Screaming Staircase by Jonathan Stroud

In a London overrun by ghosts, Lucy works with the ghost-hunting agency Lockwood & Co. to combat hauntings. First in a series.

During a three-week road trip, the stormy relationship between Raina and her younger sister, Amara, unfolds. Sequel to Smile (2010).

A Song for Bijou by Josh Farrar

When Alex falls head over heels in love with the mysterious Bijou, he is going to have to break out of his shell to woo her.

When Nick holds a yard sale to get rid of the junk in the attic of his new home, he realizes too late that all the objects have mysterious powers and he needs to get them back.

Titanic: Voices from the Disaster by Deborah Hopkinson

Fun Things to Do in the Summer: Reading On the Cheap

Has your child read any books on this list? Any others you would add? 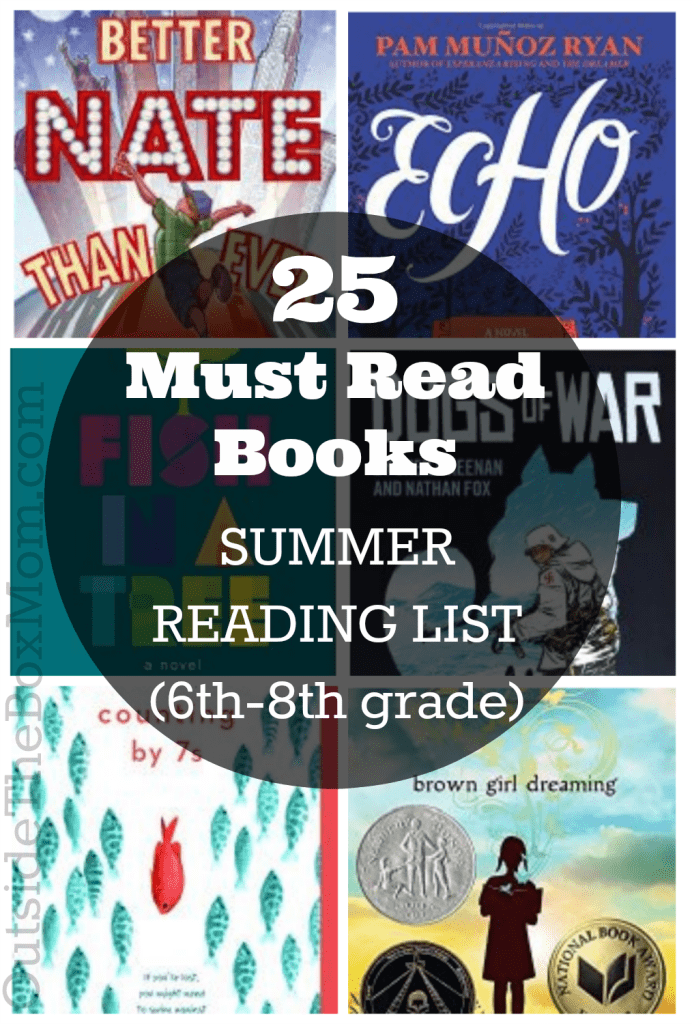 Thanks to the Association for Library Service to Children for providing this list of summer reading list suggestions for 6th to 8th graders.