Are you looking for a list of books for your 3rd, 4th, or 5th grader to read this summer? I’ve compiled a list of must read books that your child is sure to enjoy! 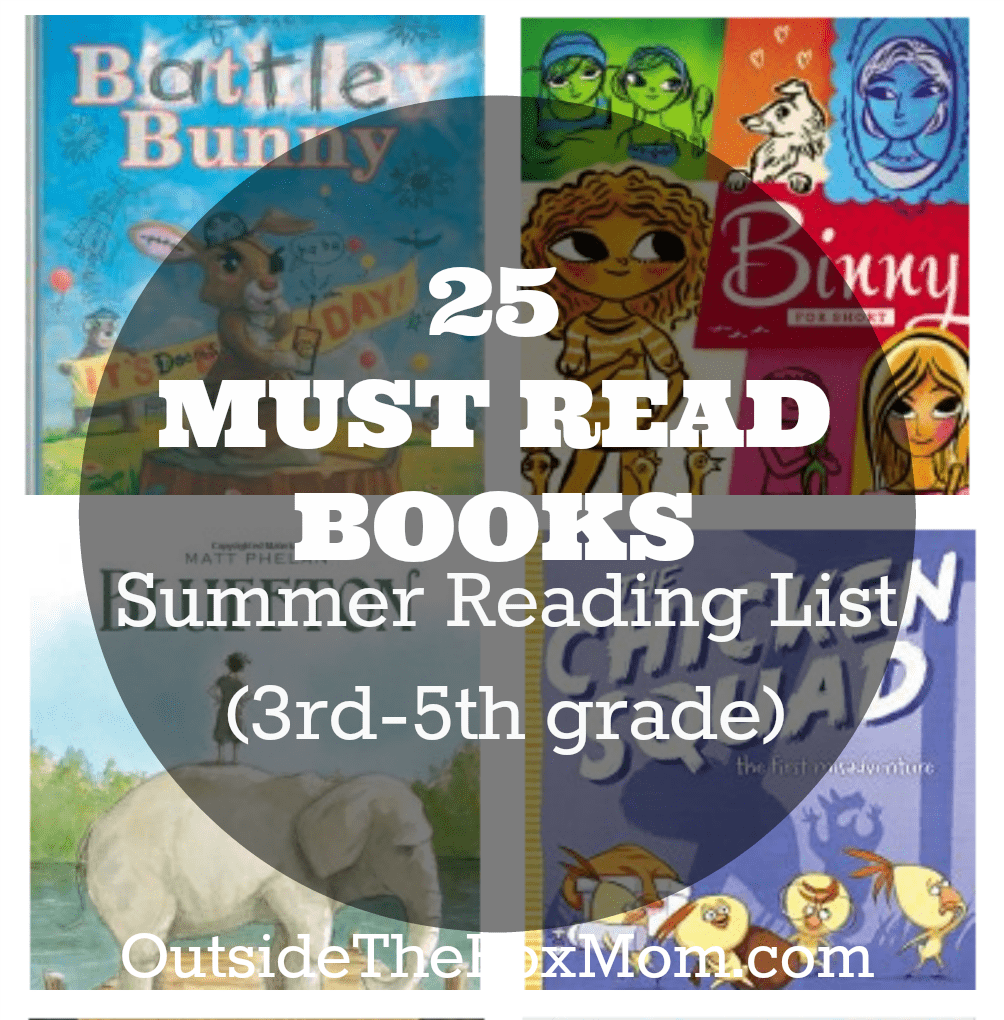 Now that school is out and the summer is upon us, I want to ensure my kids doesn’t just veg on the couch playing video games or watching TV all summer long. It’s important to keep reading and learning throughout the summer so you don’t lose those skills that you worked on during the school year.

I found a summer reading list that is perfect for kids in 3rd, 4th, and 5th grades. Although my son has just finished up his 6th-grade year and will begin the 7th grade in the fall, I remember some of his favorites from those years like the Big Nate, Diary of a Wimpy Kid, and other series.

Here is a list of 25 Summer Reading Books for 3rd-5th grade:

Gran Gran gave Alexander a beautiful book about Birthday Bunny, but Alexander decides to “create” his own book about Battle Bunny, which suits his tastes much better.

Binny for Short by Hilary McKay

Binny’s family moves to a cottage by the seaside, where she finds adventure, a nemesis—and maybe even her long-lost dog. First in a series.

Bluffton: My Summers with Buster by Matt Phelan

Muskegon, Michigan, is an ordinary town until a band of vaudeville performers, including young Buster Keaton, decide to spend the summer there.

The Chicken Squad: The First Misadventure by Doreen Cronin

Daring crime-solving chicks are out to solve a mystery. First in a series.

Dory Fantasmagory by Abby Hanlon
Dory shows how much fun having an overactive imagination can be as she keeps herself entertained over the summer.

A story about dragons with a twist: Miss Drake (the dragon) has a new human pet!

Sixth-grader Eddie is called on by the NYPD to help bust a gang of art thieves by using his photographic memory and
talent for drawing. First in a series.

This graphic novel is both funny and realistic as it shares the story of going to school and making friends while wearing a large hearing aid.

When she realizes her dad may have a secret girlfriend, Melody sets out to find out who it is.

House of Robots by James Patterson and Chris Grabenstein

Sammy’s genius mom creates a robot and decides Sammy should take him to school so he can learn to be a student.
First in a series.

Just before Nathan Hale is hung as a spy in the Revolutionary War, he tells a British soldier and the hangman a bit of American history.

This book investigates the mystery surrounding the great white shark.

Twelve-year-old Charlie must save the day when nightmares start creeping into waking life. First in a series.

Twins Mark and Scott Kelly are about to embark on an adventure of epic proportions as they build and engineer their own rocket ship. First in a series.

Rump: The True Story of Rumpelstiltskin by Liesl Shurtliff

Twelve-year-old Rump goes on a quest to discover his true identity and to break a magical curse in this humorous take on the classic fairy tale.

The Sasquatch Escape by Suzanne Selfors

Ben and his friend Pearl discover the new veterinarian office in their small town treats magical creatures, and they have the adventure of their lives as they track down a Sasquatch. First in a series.

Serafina, who lives in Haiti, longs to become a doctor, but how will she find the money and the time, when her family needs her help with chores, and earthquakes and floods keep setting them back?

Fraternal twins Reese and Claudia take sibling rivalry to a new level with their prank war. First in a series.

The Terrible Two by Mac Barnett and Jory John

Two pranksters team up for the greatest prank ever. First in a series.

The 13-Story Treehouse by Andy Griffiths

Timmy Failure: Mistakes Were Made by Stephan Pastis

Tommysaurus Rex by Doug TenNapel
Eli finds a full-grown T. rex on his grandpa’s farm and decides he would make the perfect pet.

Tuesdays at the Castle by Jessica Day George

On Tuesdays, Castle Glower takes on a life of its own, magically rearranging itself. When the castle is ambushed, it’s up to Princess Celie to save the day. First in a series.

These facts are outrageous, wacky, funny, weird . . . and all true! You won’t be able to stop flipping through this incredible book. First in a series.

Five young dragons from different tribes must face treachery and deceit and work together to fulfill the prophecy that will bring an end to the dragon wars. First in a series.

Has your child read any books on this list? Any others you would add? 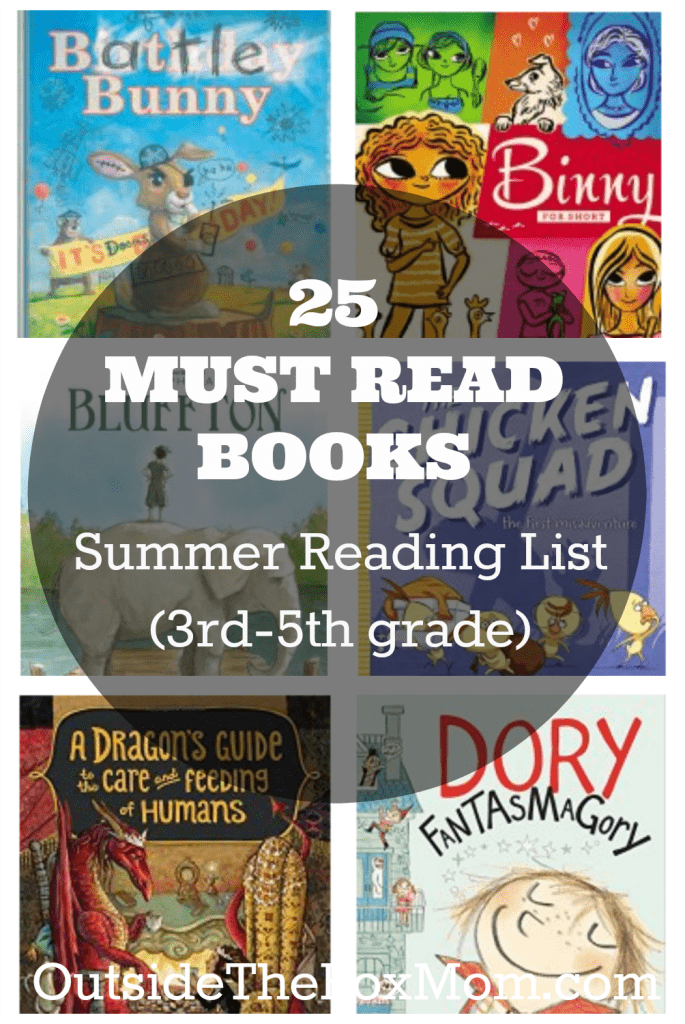 Fun Things to Do in the Summer: Reading On the Cheap

Thanks to the Association for Library Service to Children for providing this summer reading list suggestions for 3rd-5th grade.