Whether you’re looking to take to the yoga mat in an actual studio or in a home studio designed to your own liking, it helps to be aware of the major yoga styles to dive into. Not having a clear picture of the path you’re supposed to take in your yoga journey can be stressful and confusing, which is not the way to start things off. 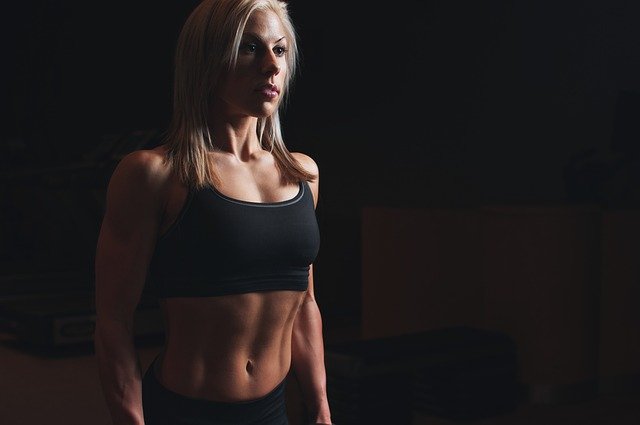 Skimming over the schedule of yoga classes at the studio, you’re probably thinking to yourself: What is Ashtanga? How is hot yoga different from Anusara? How do you do Hatha? Feel free to go over our list of today’s most popular yoga forms so that you can find the style that works for you and carve yourself a sure path to success.

The Different Styles of Yoga

Depending on your goal, certain yoga forms can provide better results than others. What’s common among these yoga practices, though, is their ability to provide you with a sense of calmness and relaxation whenever you do them.

An American yogi by the name of John Friend developed the Anusara in the late 1990s. The form was founded upon the belief that every single one of us possesses intrinsic goodness. Anusara focuses on opening the hearts of practitioners, letting them experience grace, and making their good inner nature shine through.

When attending such a class, you’ll find that poses center on one of the founder’s Universal Principles of Alignment, which adds an element of physical rigorousness that isn’t always present in other types of yoga.

The history of this form goes back to ancient times. It rose to popularity in the 1970s thanks to an individual named K. Pattabhi Jois. This is another intense style of yoga that follows specific posture sequences mirroring that of the Vinyasa form, which centers on creating a seamless connection between breath and movement.

Ashtanga, though, is not as flexible as other yoga forms, focusing more on a fixed style that entails following the same poses in the same order. Because it’s such a physically demanding and sweat-inducing form of yoga, you’ll want to bring an extra towel as well as a yoga mat towel before taking to the studio.

You’ll never sweat in any other yoga form as much as you would in Bikram. This class takes place in an artificially heated room where you perform your way through 26 sweat-inducing poses. While similar to Ashtanga in terms of having a fixed sequence, Bikram has a sequence that differs completely from its counterpart.

A sort of controversy surrounds Bikram yoga. Some studios are being sued by the founder for not teaching the poses the way they’re supposed to. Nonetheless, it’s a popular class that’s taught in most studios and gyms.

Hatha is a term used for the type of yoga that focuses on physical postures. It’s one of the most common classes held in Europe and America.

Hatha gives you a gentle introduction to the most fundamental yoga postures, making it a great orientation class for beginners. On the other hand, its poses may not be complex or sweat-inducing enough to satisfy advanced practitioners.

Practically the same as Bikram, Hot yoga also takes place in a temperature-elevated environment. The only thing that differentiates this form of yoga from its equally intense counterpart is a slight deviation in sequencing.

Again, as a practice designed to make you sweat buckets, you’ll want to bring a yoga towel mat as well as some extra towels to the studio before starting.

Because this is such a gentle, non-physically-strenuous form of yoga, it can either be practiced by itself or incorporated with other styles.

Also referred to as Yin yoga, Restorative yoga focuses on poses that relax and soothe the muscles. In a class, you’re to make use of blocks, blankets, and bolsters to prop yourself into passive positions so that your body can benefit from these poses without the exertion of effort.

As its meaning suggests, Vinyasa comprises a number of poses “placed in a special way” or arranged in a perfect sequence. It’s a style of yoga known for its fluid, intense movements that really get you working up a sweat.

Vinyasa stands out from other yoga forms because of its seamless pose-to-pose transitions that focus on smoothly connecting breath to movement.

Whether you want to get an intense, sweaty workout or need to soothe and relax your muscles, there are different types of yoga that can help you achieve your goal.

For the best results, choose a certain yoga form that works for you and try to master it. Once you have, you can work on learning another style, preferably a contrasting one, and mixing things up to get a balanced physical, mental, and spiritual workout in every session.

Gifts for A Mom Trying to Get Fit

Latest posts by RAKI WRIGHT (see all)
Previous Post: « 5 Factors to Consider Before Hiring a Private Investigator
Next Post: How To Decorate Your House and Garden with Bonsai Trees »