Domestic abuse is not at all a gender-specific victim status, and men can often become victims of domestic abuse by their partners. Here are some tips on how to spot domestic abuse as well as guidance for steps to get out of these bad situations. 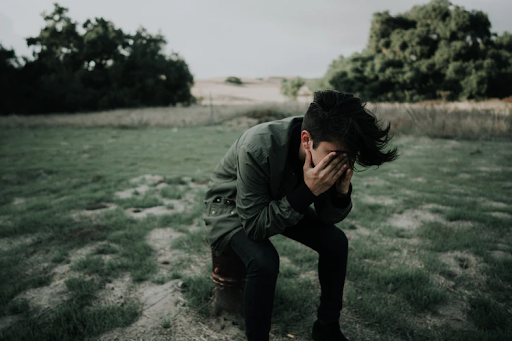 What is Domestic Abuse and How Does it Affect Males?

Domestic abuse can involve a lot of behaviors that may sometimes appear to be a briefly negative or fleeting part of an otherwise normal relationship.

Firstly, it is critical to understand that domestic abuse doesn’t always mean physical violence. In fact, most domestic abuse by female partners against males involves psychological and emotional abuse in addition to or instead of physical abuse. This can range from controlling behavior, constant threats, a psychologically unsafe environment, or other forms of negative manipulation.

Controlling behavior might involve someone restricting their partner from time with friends or family. It might entail forcing them to give up things they enjoy as a sign of loyalty to them.

Emotional abuse, meanwhile, can be even worse, as it often involves destroying the other person’s self-esteem and sense of self-worth through putdowns, insults, and other negative behaviors designed to make them feel worthless and more dependent on their partner.

Because of factors that include such complex notions as a society, biology, culture, and mindsets, it is often harder for males to find someone to talk to when they are being domestically abused. It can also be harder for them to come to the conclusion that they are a victim at all.

This is where friends, neighbors, colleagues, family, and teachers need to play a role as guardians and good samaritans.

How to Look Out for the Red Flags of Domestic Abuse

Sometimes, people don’t know when they have become a victim of domestic abuse. Like a frog being placed in a slowly heated pot of water that rises to a boil before they realize what’s happening, men in particular can slip into a pattern of domestic abuse gradually. By the time they realize what’s happening, they may have already become stuck in the relationship and feel unable to get out.

It is often a challenge for close friends, family members, and even co-workers or employers to recognize what is going on and stage an intervention or seek outside assistance like the police to help break their friend out of the cycle of abuse.

Signs of domestic abuse in males include:

If you recognize any of these signs in someone close to you, don’t be silent about it. Talk to them when their partner is not around. Speak honestly, and share your observations without expressing judgment, keeping in mind that victims can often be defensive.

Who Can Help if You Are a Victim of Domestic Abuse

Remember, you are not alone, and there are people out there to help. The Domestic Violence Hotline is a great resource that offers online tools and an anonymous hotline to immediately reach a counselor who you can talk with to discuss what is going on and give you a better sense of your options.

Don’t think of yourself as a victim, but rather as a person who has been wronged and deserves justice. Domestic violence is a crime, and you have the right to legal recourse.

Read here to find out more about some of the legal professionals fighting against domestic violence.

6 Signs You’re Getting into a Relationship with an Abuser

7 Signs That Show That You Are Being Emotionally Abused

Latest posts by RAKI WRIGHT (see all)
Previous Post: « Conceiving After Loss: How Soon is Too Soon?
Next Post: Everything You Need To Know Before Getting Instant Finance »