The birth of your child is one of the most special moments in your life, and becoming a parent changes everything. For virtually all first-time parents, the first few months of their newborns’ lives are ones filled with excitement, happiness as well as fear, and terror. 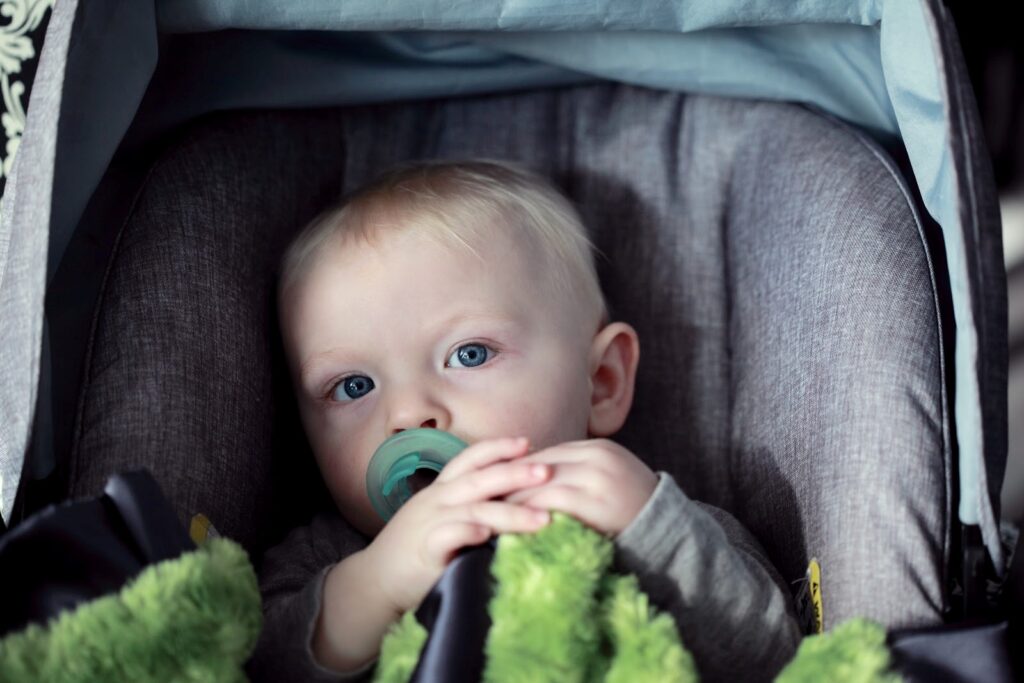 Parenting is something that no one is born with experience with, and it is something that must be learned on the job. No book you can pick up at the local bookstore is going to properly prepare you for what lies ahead, and it’s only when becoming a parent do you start to learn.

From the moment your newborn comes home, life as you know changes for good. Nothing is more important than the welfare of your child, and your first months with them are some of the most magical you’ll ever know. The sleepless nights, the constant feeding and changing are all things every parent will go through, though things do get easier.

By the end of the first 6 months of your child’s life, you will have bonded as a family, shared many tender and irreplaceable moments, and have learned to understand each other, even without language.

Without even realizing it, your child will reach a milestone of 6 months. From that tiny newborn you cradled in your arms at the hospital, to this lovely little smiling infant, a lot has happened during those first few months, and now there are a completely new set of things to look forward to.

In this article, we will take a look at what you need to expect when your child reaches its first six months, and what signs you need to be aware of. If you want to read a very informative article in German then check out Yamo Baby “Monat Event”.

During the first few months of your newborn’s life, they will be growing at an average rate of between 1.5 – 2 pounds (0.70 – 0.93kg) a month. At six months, your child should be double the weight of their birth, with some evening having a couple of pounds extra weight. No child will be the same weight and grow at the exact same growth rate, so only use published figures as guidance and not gospel.

The growth rate of a child from 6 months will start to slow down, and the average weight increase is about 1 pound a month, while they should also be growing about half an inch each month in height.

They will still need to be consuming the same amount of milk that they have been, though, at around 6 months, it’s a good time to start weaning them off milk or formula and start offering them some solid food at least one a day. It’s important to start with something soft like a piece of banana or some vegetables.

You can also make a puree with fruit or vegetables and feed them a few spoonfuls. At this stage of their lives, they won’t be eating too much, and the process is more for them to become used to different textures and tastes, as well as learning how to swallow. Make sure you have bibs for them to wear and plenty of wipes, as feeding time can often be a bit of a messy affair.

From the age of 6 months, up to 5 years old, it’s important that your child takes daily vitamin drops, which you can easily add to their food. This will contain vitamins A, C, and D (if they are not drinking 500ml or more of formula milk every day).

Some babies will start to sit upright without any help by the age of 6 months. They usually start by propping themselves up with their hands and then let go. Some infants are able to move themselves around the floor by rolling or sliding on their bellies.

Rocking forwards and backward is also very common as is raising up their hands and knees. They might also be able to pass an object from one hand to the other. It’s a good idea to have an open space for them to move about safely, without anything close by that they might fall onto.

If you have stairs at home then it’s vital to invest in a stair gate. You should also look to have electrical sockets in the walls covered with special plastic plugs. You never know where your child might try and place their finger, and the electric socket is one of the worst places they can try.

This period of your child’s life is one that can create a lot of mess and chaos in your home. Don’t start panicking that you need to be tidying everything up all the time. You could tidy up all you want and still face the same disorder the following day.

By now your child will be able to communicate with you. They can make it known when they are hungry, when they want something, and definitely when they need to be changed. When they want a cuddle or to be picked up, they will hold their arms up into the air.

Copying a parent’s facial expressions is something a lot of children do at this age, and they become fascinated with your face and like to touch it.

Many infants will respond to being talked to, even though they won’t be able to understand exactly what you are saying. They respond to their name being called, as well as making sounds back, which you will soon be able to distinguish between happy or unhappy sounds.

Things to be aware of

Things don’t always go smoothly, and there may be moments when you are concerned about the welfare of your child. There are a few things to be aware of which should be discussed with your doctor during their checkups. The first is if they are not responsive to sounds or even affection from parents.

Others include if they appear timid and not trying to reach around for toys or not making noises such as laughing. Weight gain is very important and if they don’t appear to be gaining weight, then you need to speak to your doctor.

Many new parents will worry about everything and may feel embarrassed by calling their doctor frequently, but as the age-old saying goes – it’s better to be safe than sorry.

In most cases, there won’t be any problems and your child might just be developing at a slower rate than average. As mentioned earlier, every child is different and they will all develop at their own pace.

What Milestones Do Babies Hit In Their First Year?

10 Firsts You Should Definitely Celebrate With Your Child

3 Tips on Going Back to Work After Maternity Leave

Latest posts by RAKI WRIGHT (see all)
Previous Post: « The Top 7 Benefits of Girdles and Corsets After Delivery
Next Post: 6 Borderline Genius Skincare Tips to Try »