Following the EU’s directive to have specific electronic devices using a standardized USB-C charging system by the Autumn of 2024, many people expected the new iPhone 14 range to feature the prescribed connector. 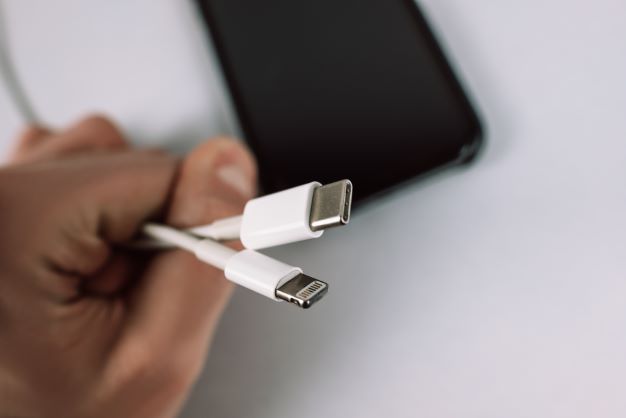 To their surprise, Apple maintained its proprietary lightning connector that has been in use for the past decade. The company has been at the forefront of being the leader of change, starting with switching from floppy disks to CD drives and transitioning from USB-A.

With Apple’s leading-edge technology and top-tier user-friendliness, it offers some of the finest devices, from computers to tablets and smartphones. So whether you are looking for a powerful device to work on hardware-intensive projects using heavy software or an energy-efficient device with long battery life, you can’t go wrong with Apple MacBooks. Meanwhile, the iPhone and iPad devices are fantastic for gamers, especially mobile gamers who enjoy eSports and even cazino entertainment.

However, despite Apple’s MO of being on the frontline of the tech revolution, something seems to be keeping the tech giant from adopting USB-C for the iPhone. Mind you; the company already shifted to USB-C for the MacBook from 2015 to 2020 and the iPad since 2018.

Given that other countries like Brazil and India are looking to follow the EU’s lead with similar laws regarding the iPhone, the company may have no other choice than comply. The question that remains in the minds of several iPhone users is; are there advantages to USB-C charging standard over the current lightning standard? Let’s take a deeper dive into the question:

How Apple’s Charging System Has Evolved on the iPhone

Device users today are all about time-saving and faster charging and data transfer speeds have become a priority. Of course, more modern charging systems tend to have superior features as they improve on past mistakes. Here is a brief history of how the iPhone charging system has evolved over the years as we wait to see whether Apple will finally embrace USB-C:

After stopping the 13-pin dock connector, Apple invented and adopted its very own lightning connector two years before the release of the USB-C standard. The proprietary technology paved the way for Apple’s MFi program, certifying third-party Apple accessories at a fee. But then, the lightning connector uses dated USB 2.0 compared to the current USB-C connector. Thus, the concern for many users is the lack of compatibility with other vendors’ accessories. Lightning also supports charging speeds of up to 15W/2.4A.

MagSafe is a technology that was first introduced in 2006 and later reintroduced in 2012, then in 2021. Apple has constantly been looking for ways to improve it and hopefully sort out the issues that have come up when using it. However, as tech reviewers have been busy going on about the possibility of having portless iPhones, some significant challenges have popped up whenever the MagSafe charging technology has been mentioned.

For starters, MagSafe is slower than lightning, hence the call for switching to USB-C, but it has successfully been adapted for MacBooks. The MagSafe 3 charging standard on MacBooks supports up to 240W when charging, although heat can cause the power to taper as the device continues to charge.

USB-C Charging for the iPhone: Pros vs Cons

Some of the advantages that the USB C charging standard will bring if Apple plays ball with its next iPhone lineup include:

However, some iPhone geeks have argued for the case of the lightning collector, stating that it has a better design and is more durable. On the other hand, others are of the opinion that USB-C is better and lasts longer, even though the lightning connectors have a more stable physical connection. Other questions are whether the new USB-C iPhones and cables will be water-resistant like the ones with lightning connectors.

As we wait for Apple’s next move in charging technology, there are heated debates all over the internet on the subject. The mandatory transition in some countries will no doubt have significant sway in the final decision for the company. From the look of things, chances are high that USB-C will soon be adopted for future releases, with the earliest possible dates being sometime in 2023. Currently, Apple is shipping all its latest iPhones with lightning-to-USB-C cables as it gets ready to comply with the EU and other governments.

Latest posts by RAKI WRIGHT (see all)
Previous Post: « No Gym Required: How to Get Fit at Home as a Working Mom
Next Post: A Guide to Choosing Great Natural Beauty Products »