Jewelry trends come and go. Some pieces will come around again after a few years and others seem to never leave. Women wear jewels to accent their beauty, to make them feel more feminine and to accessorize their clothing. 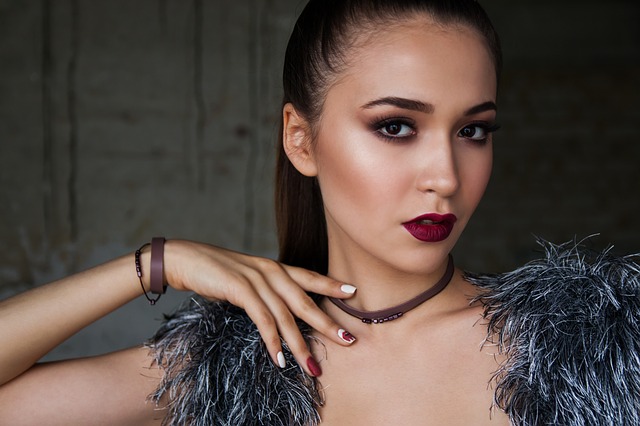 Throughout time, different pieces of jewelry held different meanings in different cultures. One example is the women of India. They often wear toe rings and anklets as their climate is hot and they show their bare legs and feet more than the rest of the world. There are also religious and cultural reasons for their jewelry.

One of the most unique pieces of jewelry that is a varied past the chokers. This is a type of necklace that hugs the neck and does not hang down on the chest.

The first known wearers of choker necklaces were the women of the Sumerians around 2550 BC. From there, ancient Egyptians wore the tight-fitting neckpieces often made of gold but sometimes made from animal or human bones.

Many citizens of different African nations also wore large amounts of necklaces around their necks. These chokers have been often a symbol of power, wealth and the individuals standing in the community. There are still a few tribes that continue this tradition.

Other Meanings of the Choker

Traditionally, women who wore choker necklaces were considered well off and having high fashion standards. However, there are a variety of meanings to this unique piece of jewelry.

Ballerinas, as well as the upper class, wore chokers in the 19th century. Unfortunately, at the same time, a red ribbon worn as a choker signaled prostitution. Today, the red ribbon is a symbol of World Aids Day. Back then, the dancers typically wore black velvet ribbons and sometimes attached a small charm to distinguish them from the other ladies.

These eras also saw many women wearing choker necklaces. The Roaring 20s were a time of excess and fashion was no different. Women often wore chokers along with several long “opera” necklaces to show off their wealth and status.

During the 40s, the chokers were for the rich and elite class as they were often custom made to fit one’s neck. Most individuals could not afford this luxury.

During the 60s, women wore chokers that were delicate and more in line with “flower power” than the extravagant gold of the early years.

In the 80s saw a resurgence of chokers that were more for the Goth style teens. These were made of thick leather and spikes or had skulls and crossbones as the main pattern.

Today chokers are nothing more than a fashion accessory. They are created with a variety of materials and can dress up or down nearly all types of wardrobes.

Latest posts by RAKI WRIGHT (see all)
Previous Post: « 3 Ideas for Getting Your Kids Away From the Screens
Next Post: Helpful Tips for Finding the Right Appliance Service »