We attended the Disney Junior Live Pirate & Princess Adventure show on a Saturday night. We arrived about 45 minutes early and once we got our seats, we enjoyed listening to the Disney music.

My daughter was getting really excited for the show. 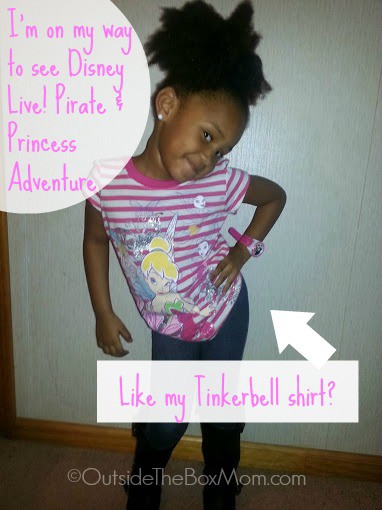 About 10 minutes before the show began there was a Doc McStuffins pre-show. Doc came out and introduced herself, after her set was placed on stage. 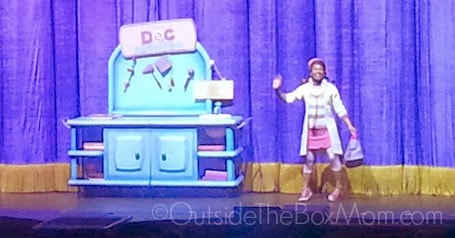 This was a really cool experience for my daughter because she had just received a Doc McStuffins puzzle, backpack, and toy box for Christmas. So it was really nice to see one of the characters she enjoyed watching on TV so much in a live show. 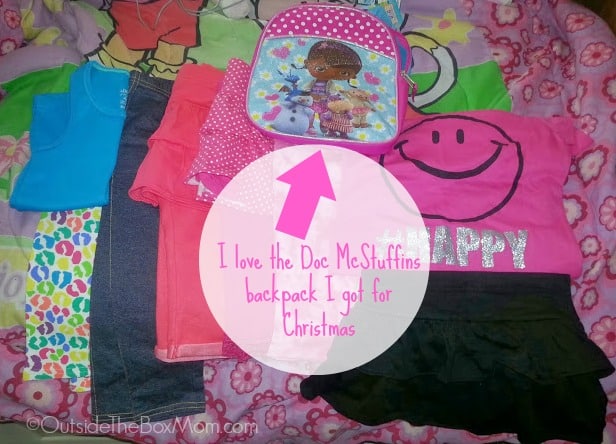 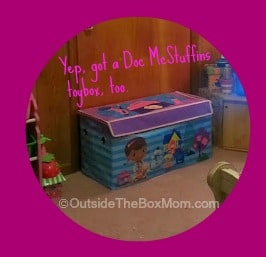 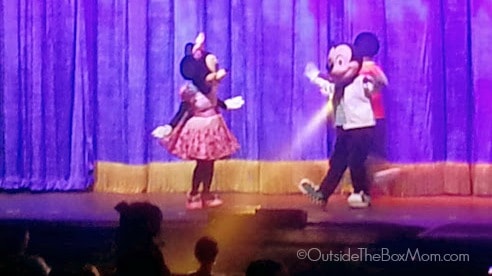 The first act was Sofia the First. We were introduced to her family. Sofia and her family prepare for a royal celebration that helps us all learn the true meaning of being a princess. 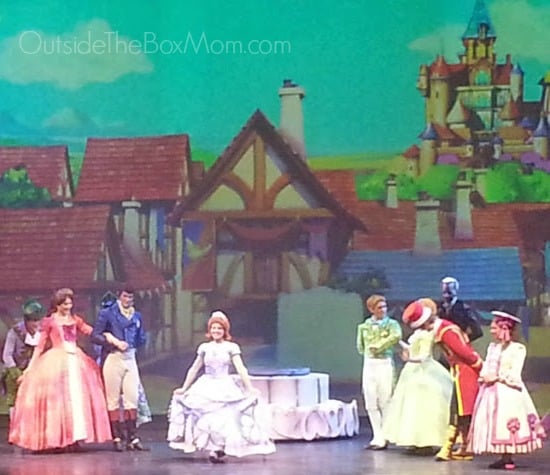 She was really nervous about this so she was sent to class is where she learned how to address her public. Cinderella came out as a special guest and gave Sofia some great advice. 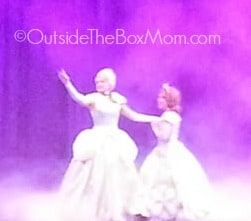 Jake and the Neverland Pirates came out next.  Jake went on a treasure hunt for a treasure (that could only be given to hero with a pure heart) with his friends Izzy and Cubby. 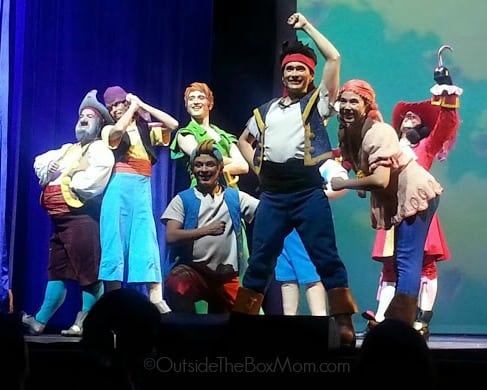 After Jake’s friend Izzy sprinkled  fairy dust, they had a little help from Peter Pan to battle Captain Hook and unlock treasure hidden inside a mysterious volcano. It was danger and dueling on the high seas as Jake discovers what it takes to be a true hero. 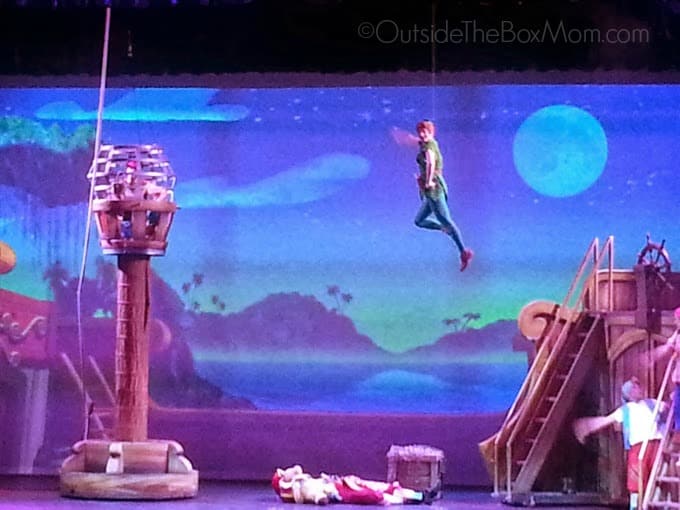 The lesson learned in this act was to do the right thing even if you’re helping a bad guy, because Jake ended up saving Captain Hook in the ocean. 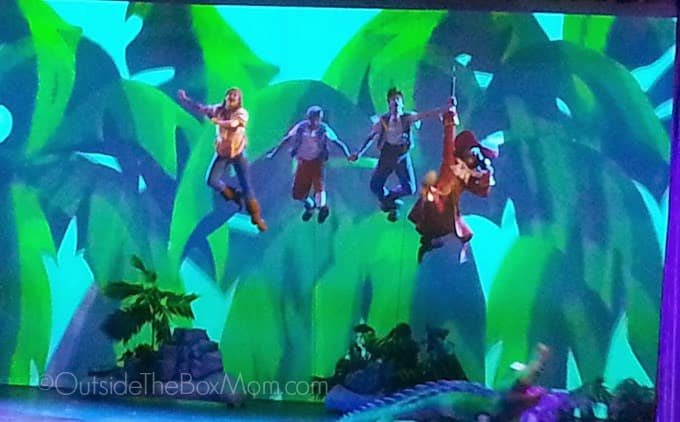 Again, we got to see good triumph over evil as Captain Hook and his cronies were defeated. 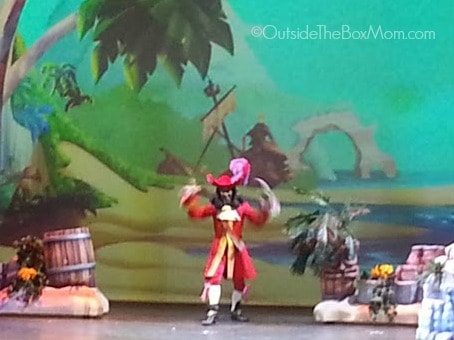 Overall, we really enjoyed the show. I will be sharing in a follow up post some ways families can save money while attending live events. I had some really great suggestions from readers in my giveaway post that I will put together so that you can be prepared on your next outing. 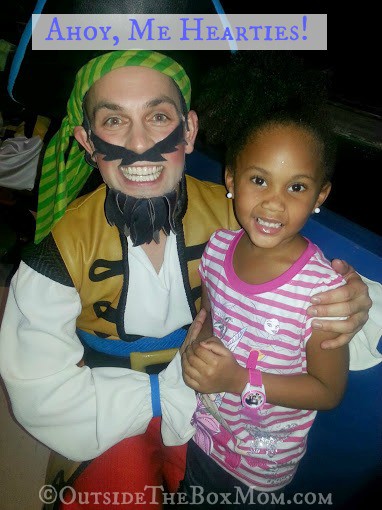 Where Can You Catch Disney Junior Live Pirate & Princess Adventure?

Check out the remaining tour dates to see when the show will be coming to a town near you. 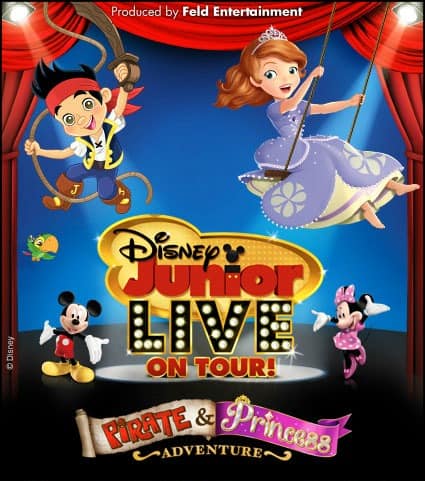 If you’ve seen the show, what was your favorite part? If not, do you have another Disney Live! pick?