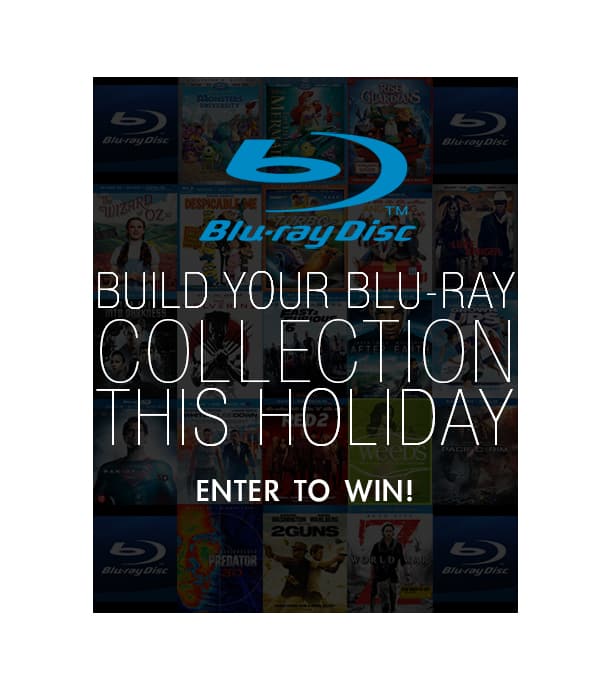 Disclosure:  This giveaway, promotional content, and prize is provided by and shipped by Blu-Ray and/or its representatives.  No compensation was received for sharing this post.

You Haven’t Seen Your Favorite Movie Until You’ve Seen the Special Features!

This Holiday rediscover the #MovieMagic behind your favorite films. Blu-ray offers exclusive special features that put you in the filmmaker’s chair, with a behind-the-scenes access to all of the magic: Special effects, talent interviews, alternative endings, unreleased scenes, bloopers, and more!

With a Blu-ray combo pack, you can enjoy your favorite films in high-definition whenever and wherever you want. You can keep the Blu-ray disc in the living room, DVD in the car, and the digital copy on your phone for when you’re on the move!

Grab your favorite movie lover a Blu-ray this holiday!

Highlights:
• With the combo pack you can take your favorite films wherever you go. You can keep the Blu-ray disc in the living room, DVD for the car, and the digital copy on your mobile phone while on the move!
• Blu-ray lets you to watch your favorite movies with unmatched sound and video that is SIX TIMES the quality of DVDs!
• Blu-ray offers the most premium possible in home entertainment experience
• You don’t have to worry about the buffering that happens with streaming videos

Why You Will Love the Blu-ray #MovieMagic Blog App:

• Behind-the-Scenes #MovieMagic GIF Grid – Mouse over each of the GIF squares and click to view a behind-the-scenes clip exclusively from the film’s Blu-ray special features.

• The Next Generation of Blu-ray – Don’t get left behind with old tech! Check out what’s next for Blu-ray in 2014 and beyond!

Get Social With It!
• Tweet using the #MovieMagic hashtag to show your excitement.
• Share on Facebook, Pinterest, Twitter or Tumblr.
• How many Blu-rays do YOU have in your collection? We want to know!!!
• Which Blu-ray would YOU love to get this holiday as a stocking stuffer?
• What are the most watched Blu-rays in YOUR collection?
• Which movies would YOU love to see re-mastered and re-released on Blu-ray?

This promotion is open until December 14, 2013 at 11:59 pm EST and is limited to US residents, 18 years or older.  The winner will be chosen randomly. Winner must respond to email within 24 hours or prize may be forfeited.  Promotional content and prize for this promotion is provided by and shipped by Blu-ray and/or its representatives.  The prize will be sent via FedEx or UPS. No P.O. Boxes please. This may be a digital delivery. Please also include email address. Each household is only eligible to win ONE #MovieMagic Title via blog reviews and giveaways. Only one entrant per mailing address per giveaway. If you have won the same prize on another blog, you will not be eligible to win it again. Winner is subject to eligibility verification.