Children love cartoons for their bright colours, elegant designs and whacky characters. So it makes perfect sense that they’d be drawn to VTubers. 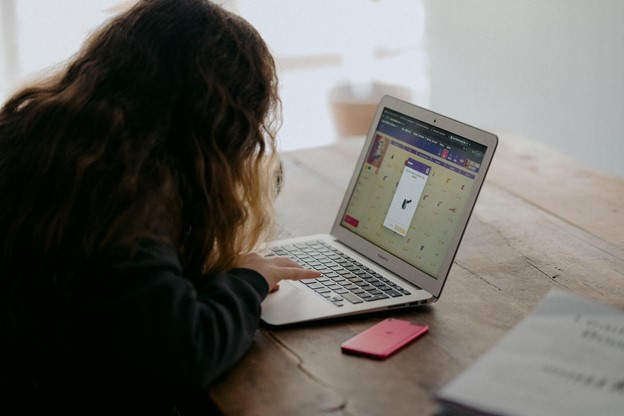 Many of you might have seen them on YouTube, Twitch or various other streaming platforms doing their thing. Most VTubers appeal to teenagers and young adults as their major demographic so they usually get away with profanity or dirty jokes. However, seeing as these VTubers have such an appeal to children it’s a shame that so few are family-friendly.

So, in this article we are going to go through some of the best VTubers that are suitable for kids, or at the very least keep it PG-rated.

It’s probably important to understand what VTubers are before we start showing them to our children. VTuber stands for Virtual YouTuber which is quite aptly named. VTubers are virtual avatars that are controlled by a person using motion-tracking software. As the person in front of the camera moves and talks their actions are mimicked by the avatar in real-time giving the illusion of an interactive cartoon character.

Thanks to this technology it has allowed VTubers to live stream and interact with their viewers which is what makes the concept so fun and entertaining. It’s talking to an entirely new persona.

VTubers carry out the exact same things that normal real-life YouTubers do on the platform. They stream Let’s Plays, do karaoke, make music videos, parodies and even host Q&As. The community has exploded over the last few years with thousands of VTubers popping up everywhere on the internet. Seeing as most people can now afford streaming equipment and VTuber maker software has become a lot more accessible, independent VTubers are now commonplace.

In order for VTubers to begin their career they have to create an avatar or VTuber model. This avatar doesn’t just have to function well on stream but also represent their entire online identity and persona. This is what their viewers will forever know them as, so meticulous planning and thought to go into them.

The most common way that VTubers get their VTuber models is by having them commissioned by a professional artist. Almost all of the mainstream VTubers will have invested in a high-quality avatar from a skilled artist. After all, a good VTuber commission can be the major difference between a low-end stream and a high-end viewing experience.

Why Are They So Popular With The Youth

Well we can address the elephant in the room here. Most VTuber avatars take on the form of an anime-style character. Seeing as VTubing originated in Japan it makes sense that VTubers take on the form of their famous cartoons. Anime has swept across the globe which is possibly one of the reasons why VTubers are so enjoyed by the youth in today’s pop culture.

Furthermore, VTubers stream a lot of video games. Gaming has come a long way since the days of old. Watching people on the internet play video games has become equally as popular as the act of playing them. A whopping 88% of all content on Twitch is people playing video games. Of that number, a further 57% of the viewers are within the age range of 3 – 17 years old. In other words, a lot of children love to watch gaming and VTubers love to stream video games.

Whilst we are going to point you in the direction of some great family-friendly content it’s important to acknowledge the unpredictability of a live stream. This content will be completely live with no room for censorship so there is always the small possibility for inappropriate things to slip out. With that being said, you can stick to a lot of their pre-recorded and edited videos to reduce the risk of this happening.

First up we have Gawr Gura. Gawr Gura happens to be the most subscribed VTuber on YouTube and for good reason. Her adorable shark head hoodie and cute high-pitched voice make her a fan favourite. Her bubbly and joyful personality makes her extremely appealing to kids, especially her contagious laughter.

Gawr Gura mainly uploads gaming content with lots of family-friendly titles to choose from such as Minecraft, Among Us and Fish to name a few. She’s always dabbling in lots of funny indie games which always make for new funny situations. So long as the game she’s playing is suitable for your children the stream should be fine.

Senniursa is quite an underground indie VTuber as her channel only has 2.2k subscribers but be on the lookout as she could blow up any day now. Senniursa is very softly spoken and not prone to loud outbursts like Gawr Gura so there’s very little chance of jumpscares. She mainly streams Minecraft with her friends which is always what kids want to do nowadays anyway.

She also hosts study live streams which makes her a great role model showing that studying is something even cool VTubers have to do!

Finally, we’ve got Sapphy Stars. Sapphy is yet another independent VTuber who is on the up and up but we have reason to believe she’ll be a hit with the kids. Sapphy takes on the appearance of a pink magical princess which is already every little girl’s dream. She mainly streams Nintendo games which are revered for their family-friendly titles. Sapphy streams games such as Detective Pikachu, My Tamagotchi Forever, Animal Crossing and Mario Odyssey to name a few. All of which are notorious childhood favourites.

Sapphy has a playful high pitched voice that really grabs the attention of her viewers. So if you want a channel you can comfortably let your kids watch Sapphy is definitely the one.

Latest posts by RAKI WRIGHT (see all)
Previous Post: « What are the benefits of underfloor heating?
Next Post: How Pranayama Supports Holistic Well-Being »