How much do you know about New Zealand? That it’s the country, who gets to see the sunset first? That it has a rich, dynamic Māori culture? And that it’s the best area for word-class skiing and surfing activities? All correct, but let’s dig a little deeper and look for more exciting information. 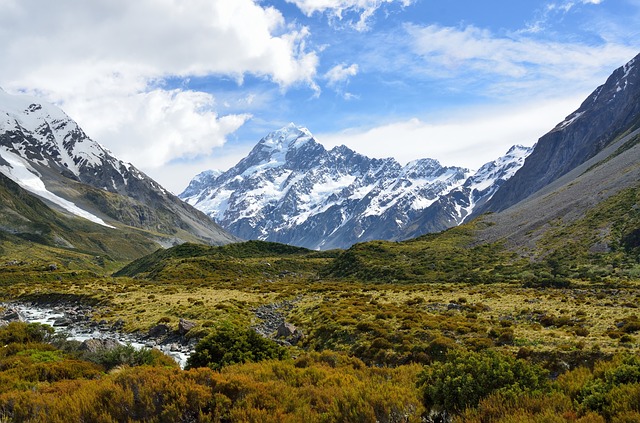 New Zealand is famous all over the world for its incredible scenery. It’s undoubtedly one of the countries with the most significant natural diversity, ranging from sweeping mountains, massive glaciers and boiling hot springs, ending with vast sandy beaches. And that’s just the tip of the iceberg. Except for nature, there are also numerous facts and customs New Zealanders can be proud of.

Welcome to our short guide around NZ, here, you can find some of the most unusual things to know about this magical island country.

When it comes to the Most Popular Sports in New Zealand, many people picture rugby or football as the main activities, well that’s true. However, NZ can also brag about other disciplines that we bet you never knew existed.

Basically, shin-kicking, as the name suggests, it’s a game in which two contestants attempt to kick each other’s shin to cause their opponent to fall

Even though it comes from Finland, New Zealanders mastered this sport to perfection. The idea is to race while carrying a female. The main goal is to run through a track that consists of a number of obstacles in the fastest time with a woman on your back.

There are few techniques to carrying ‘your wife’:

This wild, yet sophisticated discipline involves body and mind. The game alternates chess and boxing rounds, so the contestants need to be skilled in both. The sports demand extraordinary precision and movement coordination. It’s hard to imagine a good game of chess after getting a few solid punches but New Zealanders deal with it pretty well!

The Land Of the Sheep

New Zealand is famous for its vast farming industry, but many people do not realise how big it is. The island is full of sheep! They are bred mostly for meat and wool, but some Kiwis decide to keep them as pets.

According to Go Rentals, “There’s a bit of debate about this, but the generally accepted consensus is that there are nine sheep to one person living in New Zealand. That puts the total number at around 40 million sheep.”

Every nation has its own dialect. It’s not obligatory to get familiar with it. However, it would be nice to use some slang phrase accurately. Here’s what you should know.

One of the sweetest traditions in New Zealand is the annual Cadbury Chocolate Carnival. To officially kick-off the event, millions of giant Jaffa balls – unique orange chocolate, race down Baldwin Street (the world’s steepest street in Dunedin).

New Zealand is not only a home for numerous animal species but also supernatural beings. If you’re a great fantasy fan, you’d be delighted to hear that there is a Hobbit’s house nearby. You can visit the place where Bilbo and Frodo’s journey began and get carried away among hobbit holes in a substantial 1,250-acre sheep farm. Experience Hobbiton Movie Set and feel like you were taking part in the real film production.

Pictures-like views, the wild Haka dance, surrounded by lovely sheep, open and friendly local people, and hilarious habits you should experience at least once in your life – that’s what the fantastic Land of New Zealand has to offer. It’s a country with a beautiful history, culture, and spirit that will absorb you as soon as you arrive. We hope that our brief guide gave you enough inspiration to visit this beautiful island. When you finally arrive in your campervan or motorhome (which is a famous outdoor activity here, by the way), you’ll blend in perfectly like a local. So, what are you waiting for? Rattle ya dags!

How Can Moms Prepare for Traveling with Their Children?

Latest posts by RAKI WRIGHT (see all)
Previous Post: « 6 Ways To Tame Your Work Stress
Next Post: 7 Ways to Sustain a Healthy Lifestyle At Home »