Cocktails are one of the most favorite drinks and people make them using countless recipes all around the world. We can take the example of Mexican Squirt. 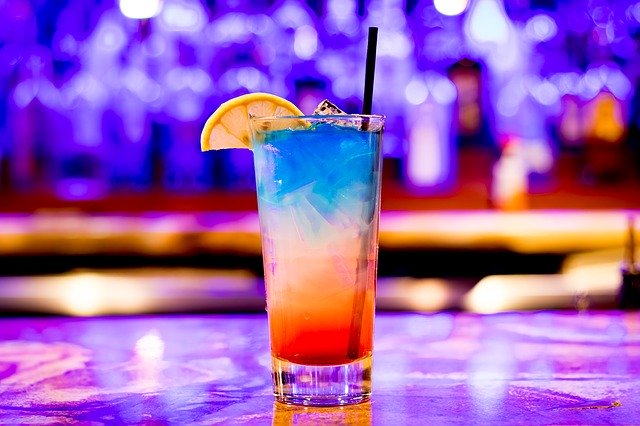 Let’s find out some the top cocktails being served around the globe that you cannot miss on your next world trip.

If you ever get to New York and wish to try the best cocktail, you cannot get anywhere else. The name of that cocktail Is dramatic, as it is called Blood Mary.

After realizing his high-profile customer may find the name totally inappropriate, he renamed the spicy red sniper red vodka. The drink is still served in most hotels in the United States.

This drink has been around since 1954 and is loved by people all over the world. It came into existence when one of the bartenders, Ramon “Monchito” Marrero, created the rum and coconut cream-based cocktail. He made it the first time at the Caribe Hilton in San Juan, Puerto Rico.

Pimm’s Cup came into fame in 1940 in New Orleans at Nepolean house. James Pimm was the person who invented this drink in London and was also the owner of the London Oyster bar.

Nowadays, this drink is made with Chopped fruit, Mint, lemonade, and Pimm’s ( a gin-based- liqueur). It is one of the best drinks for people who are looking to refresh their day.

The Singapore sling has been around since 1915, and people are still getting the original recipe drink. The Bartender Ngiam Tong Boon invented this drink in the Long Bar at Raffles Hotel in Singapore.

The ingredients that are used in making this pink drink are cherry liqueur, pineapple, and gin.

If you go to Singapore in the near future, you can easily get your hands on this cocktail as the hotel is still serving the original recipe drink.

The Canary Islands is famous for having some amount of alcohol in everything. Either you buy coffee or tea, there will be some amount present.

Canary Island is also known widely for its beautiful beaches and dynamic architecture and, most importantly, for Barraquito.

This drink is made up of condensed milk, Licor 43, and coffee. You can easily find this drink anywhere, but especially in Tenerife.

Mojito is one the most iconic drink among people in Cuba. Many people believe that Mojito came into existence when Sir Francis Drake was sent to the Caribbean to capture the Spanish colonies. They believe that it was the time when sir invented this drink.

The drink is made with cane sugar, Mint, Lime, Rum, and Mojito, which is a beachside staple.

There Is still a lot of confusion among people about where this drink originated from. A lot of people go into a debate with different beliefs.

Some say it was created on a farm in the state of Sao Paulo, and others believe that it was invented during the time of the Spanish flu outbreak. This drink was made as a remedy for the Spanish flu.

This drink is made from cachaca ( a sugarcane-based spirit that’s similar to rum), sugar, and lime.

Rum punch history goes back to the 17th century and is believed to be made by sailors of the British East India company. The drink was eventually introduced in the Caribbean.

You can easily get Rum from most Islands of the world, but nothing can beat the charisma of Jamaican Rum. So, if you ever get a chance to go to these Islands, just buy a rum and enjoy it under the Jamaican sun.

Aperol Spritz’s roots go back to the time of the 1800s. However, the drink was not introduced to the general public until 1919.

You can get this drink from anywhere in the world today, but if you want to get the real taste, the only place in Italy. It is made of Prosecco, Aperol, a Slice of orange, and soda.

When you go to Costa Rica, it is quite evident that you get this cocktail on almost every menu. This is the most popular drink in the country of Costa Rica. People there enjoy having this drink with their favorite food and enjoy it until its last sip.

This drink is made by blending some fruit with ice. But what locals do to make it mesmerizing is they add a pint of their favorite liquor to make it more enjoyable.

The black Russian is a mixture of Russian vodka and Kahlua. People worldwide never miss the opportunity to get their hands on this drink. And there are good chances that you can find this drink in Belgium.

People often believe that Margarita is one of the most famous cocktails in the state of Mexico. But things are quite different as most locals enjoy Paloma even more than a margarita.

This cocktail is made up of grapefruit juice, agave, lime juice, and tequila.

Many people in Chile and Peru debate the history of Pisco sour. Each side argued over who invented the drink in the early 1900s.

This debate may be there for a long time, but you need egg whites, lime-based cocktails, and bitters to make this delicious cocktail.

For now, you may have got a good idea that when you plan your vacation and visit different places around the world, what are the cocktails you can try. This cocktail list will help you enjoy your vacations to the fullest and make the most of your good time.

This cocktail list will help you enjoy your vacations to the fullest and make the most of your good time. Try your favorite.