Join Mickey Mouse, Minnie Mouse and the comical duo of Donald and Goofy as 25 of your favorite characters surprise and captivate at every turn of the knob!

We attended the Disney Live Mickey And Minnie’s Doorway to Magic show on a Saturday night. We arrived about 45 minutes early and once we got our seats, we enjoyed listening to the Disney music.

My daughter is six and initially, she wasn’t excited when I told her we were going because she thought it was going to be only Mickey & Minnie.

She thinks she’s too “old” for Disney Junior shows and characters. 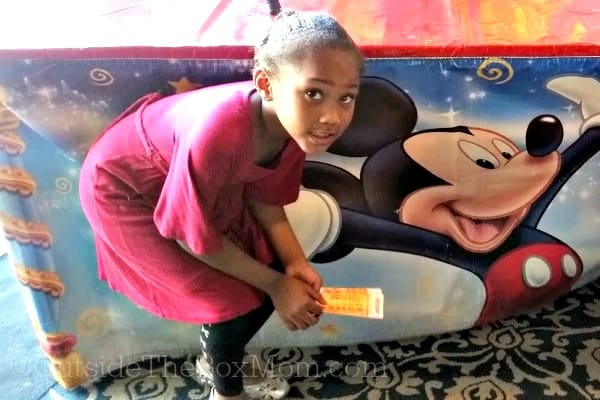 No photo is complete, without being photobombed by your super cute guest 😉 Not to mention, these two were so excited to have the tickets in their hot little hands. 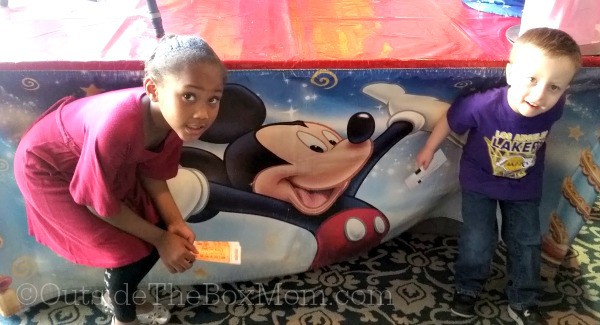 My daughter was getting really excited for the show. 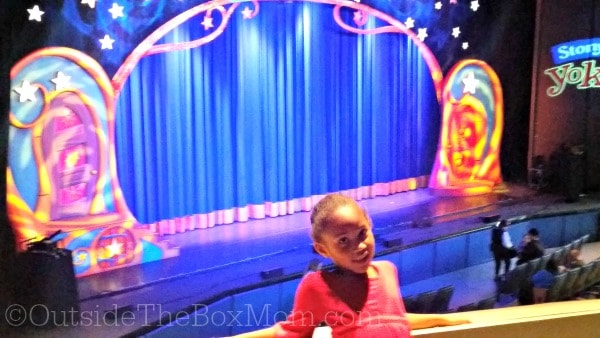 Mickey & Minnie introduced the show. Little did we know that we were about to be transported into the magical worlds of Disney’s Tangled, Aladdin, Cinderella, Snow White and the Seven Dwarfs, Fantasia and Disney-Pixar’s Toy Story. 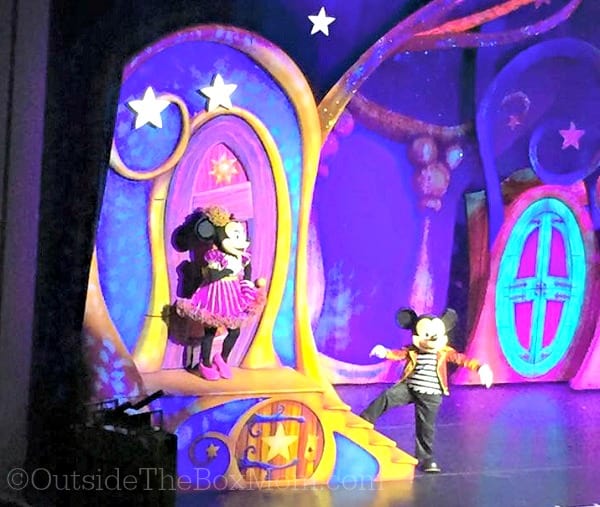 When I posted my first photos on Facebook and Instagram, a reader commented, “the words Disney and Magic mean the same thing, don’t they?” Boy, was she right!

Mickey and Minnie’s Doorway to Magic opens with a burst of color, high-energy choreography and an original song titled “Magic is Here.” 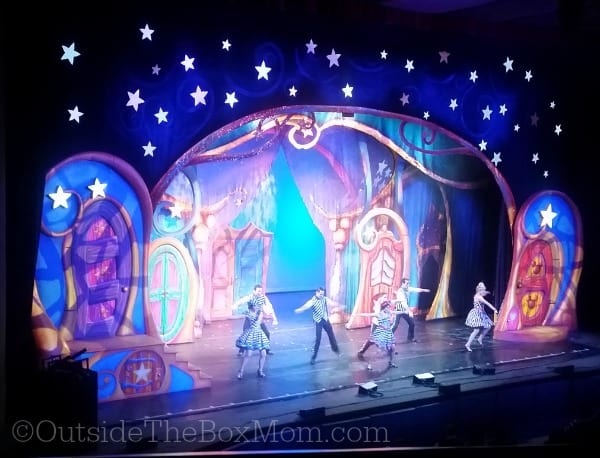 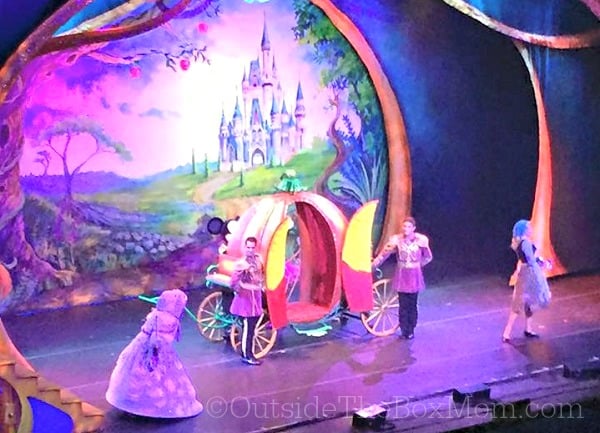 What makes this show extraordinary are the adventures Mickey, Minnie, Donald and Goofy have every time they enter a different whimsical doorway and the amazing things they do in each world they visit… 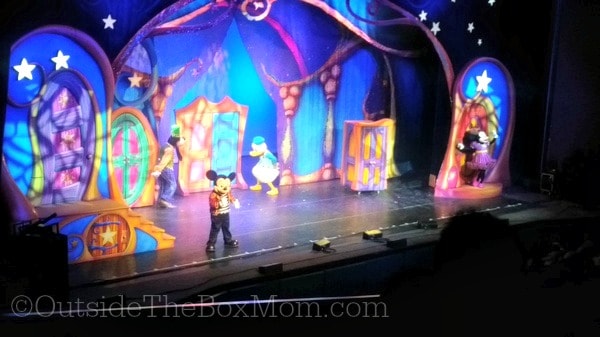 The first magic trick was Tinkerbell appearing from the magical closet. 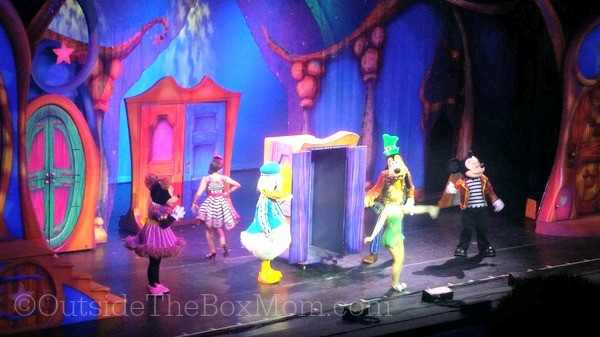 We get to see first hand how the Queen uses her dark magic powers to actually transform herself into an old woman and trick Snow White. 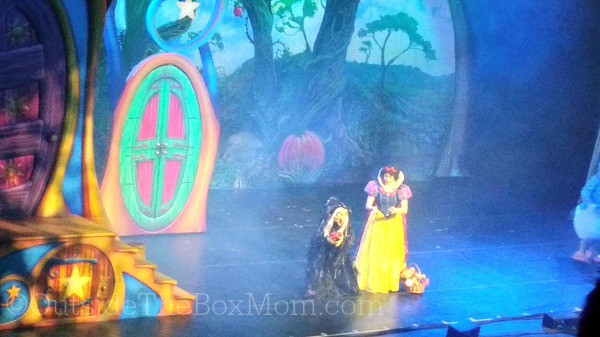 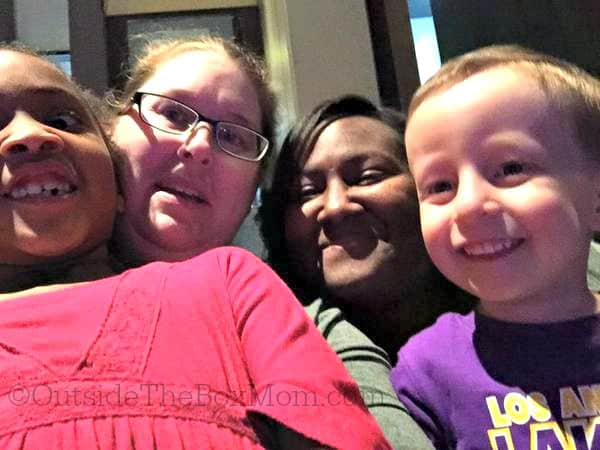 Buzz Lightyear put on a spectacular light show. I have to be honest – I was so captivated by his laser beam that I wasn’t able to capture his “light-and-mind bending laser routine.” You’ll have to settle for a photo of him posing after he was done. 🙂 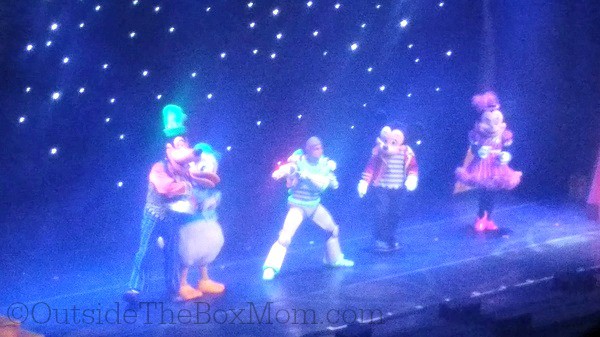 The Toy Story gang defy the dimensions of Andy’s toy box with the help of the green army men. Jessie and Woody did some good, old-fashioned dancin’ and the green army men seamlessly put on an ultra-coordinated marching routine. 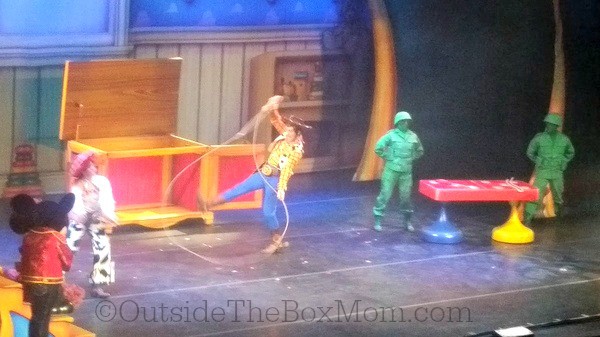 We traveled to Agrabah to unleash the power and comedic antics of Aladdin’s Genie along with Aladdin and Princess Jasmine. 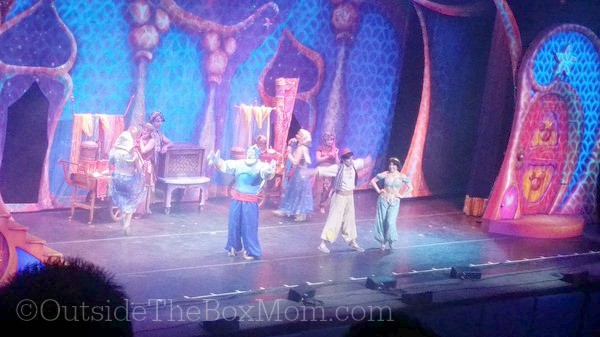 The spectacular stage debut of Rapunzel and Flynn Rider (not pictured) as they rise into the sky amidst the floating lanterns. 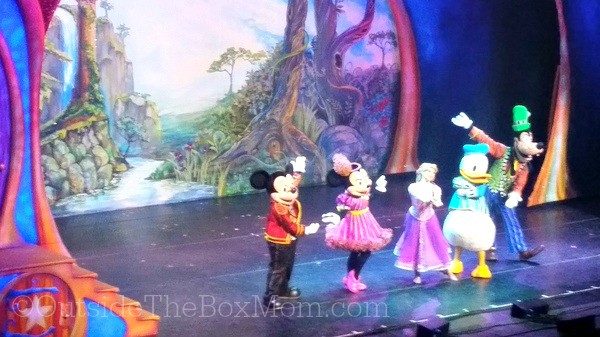 I was thoroughly impressed (and the kids were mesmerized) by Mickey’s magical ability to raise the brooms off of the floor. He and his and friends encourage the kids to wiggle their fingers, stomp the ground, and make some magic all around. I may or may not have participated. 😉 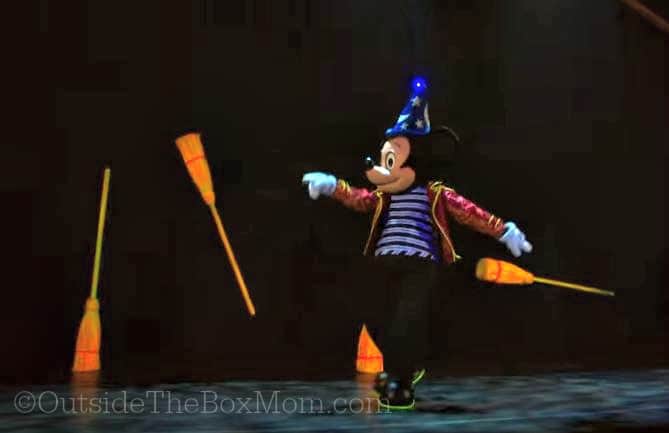 The thing I really LOVE about the Disney Live! performances are that there are always SO many performers and some great surprises. Even I wasn’t able to figure out all of the magic tricks. 😉

I’m pleased to say that my six year old stayed entertained and engaged during the entire show. She even professed that she will be coming back next year! 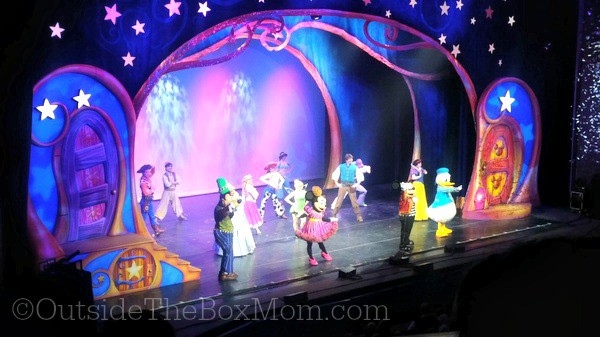 Many thanks to Feld Entertainment for providing tickets to this show and sponsoring a giveaway for a family four pack of tickets to Disney Live Mickey And Minnie’s Doorway to Magic.