Do you love Daniel Tiger on PBS

lives on in Daniel Tiger’s Neighborhood Live. It’s a live theatrical production that takes Daniel and his friends

aboard the trolley for an interactive musical adventure in their much-loved Neighborhood of Make-Believe filled with singing, dancing, and laughter. 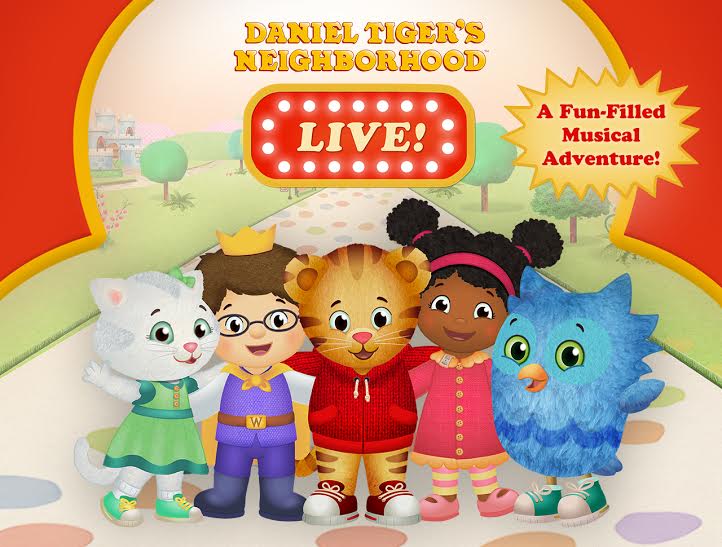 This event was attended by contributor Amanda.

We attended the Daniel Tiger’s Neighborhood Live event in Roanoke, VA on a Tuesday night. We arrived about 45 minutes early and once we got our seats, we enjoyed listening to the music from the show. 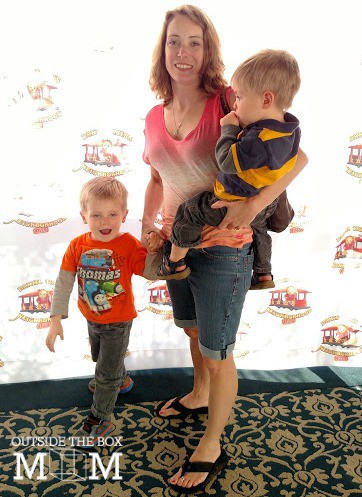 My boys are ages one and three. My oldest son loves watching Daniel Tiger

on our local PBS station. He runs in the room excited whenever the show comes on.

Daniel Tiger is the best friend a preschooler could ever have! Each day

, Daniel invites the home viewer to a different place in the Neighborhood

where he plays and learns with his friends.

The main characters are: Daniel Tiger

The animated TV series recently won a 2015 Daytime Emmy Award for Outstanding Writing in a Preschool Animated Program. Other recognitions include being a top parent choice and best preschool series. 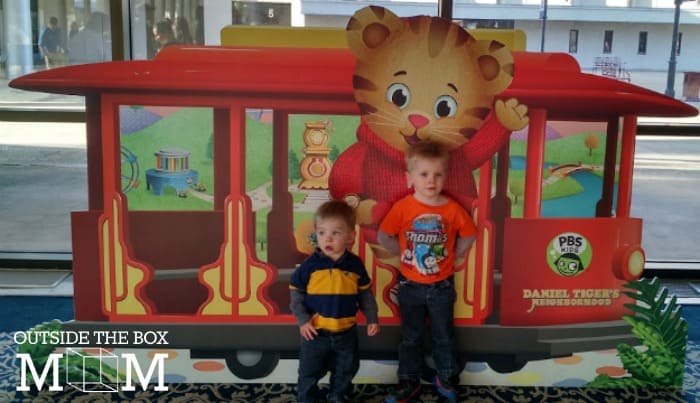 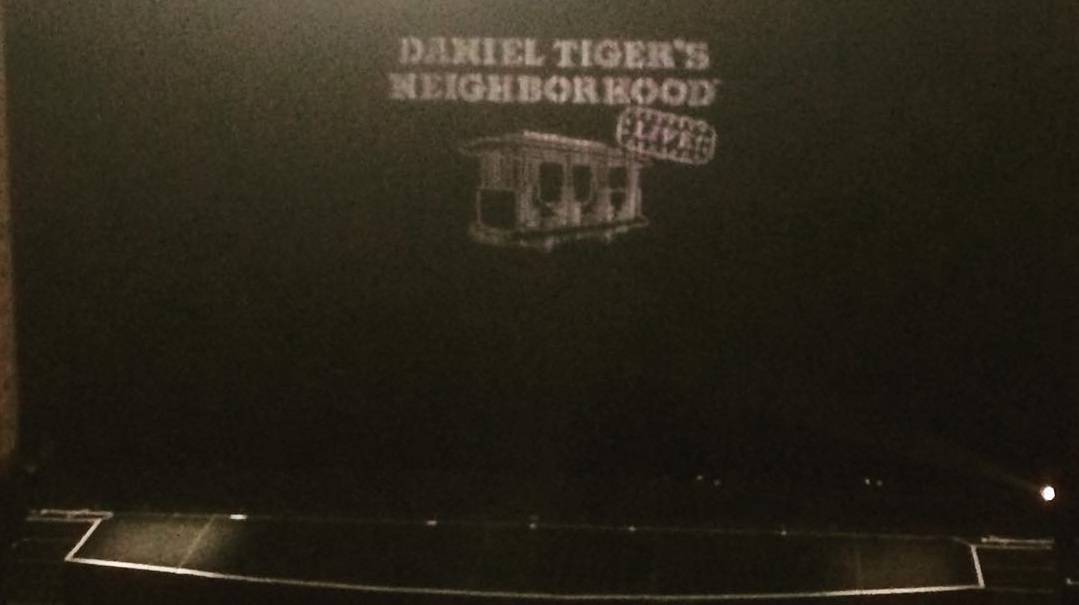 The boys were getting really excited for the show. But, my youngest started not to feel well. Thankfully, he was able to lay quietly on me and listen to the show. 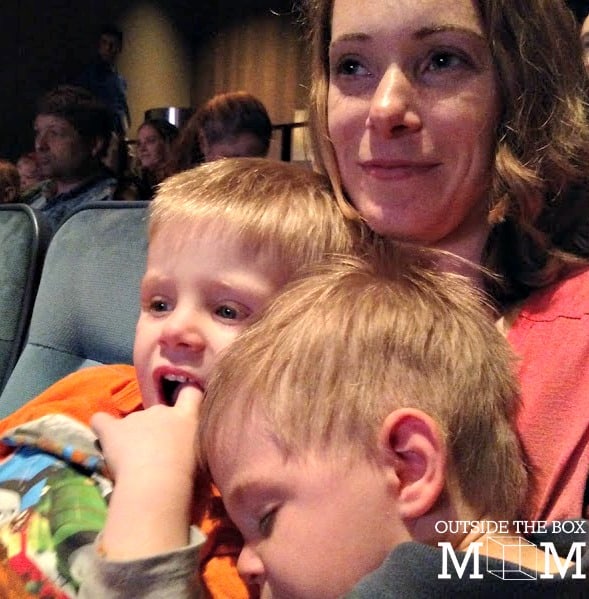 , Daniel invites the audience on an interactive musical adventure

as he and his friends explore the vibrant world of their much-loved Neighborhood of Make-Believe, sharing stories of friendship, helping others, and celebrating new experiences. This live theatrical production filled with singing, dancing, laughter and “grr-ific” surprises will warm the hearts of multiple generations.

Daniel Tiger’s Neighborhood tells its engaging stories about the life of a preschooler using musical strategies grounded in Fred Rogers’ landmark social-emotional curriculum. Through imagination, creativity and music, Daniel and his friends learn the key social skills necessary for school and for life.

A reader left a comment that she thought the show was not sensory friendly. She said “Our son is autistic and loves Daniel. This is not a sensory friendly show. It’s very loud and we had to listen to the show thru lobby speakers. He has been obsessed with daniel for years but it scared him. Awful lot of money to listen from the lobby.”

Another blogger said “Before the performance, as well as during intermission, there was a slowly rotating projection of a trolley that continuously traveled all over [the] theater. This would have been fine if the lights didn’t aim directly into the eyes of the audience at certain points of the rotation.

Then during the show, the overhead theater lights were constantly being turned up and down every time the characters started singing a new song. It was very distracting.

I would have had a great time as well if I had remembered my own sensory gear: noise reducing ear buds, sunglasses, bean bag, lavender rice “sock”, and my own calming essential oil roll-on.”

Get the answers to more frequently asked questions about the show… 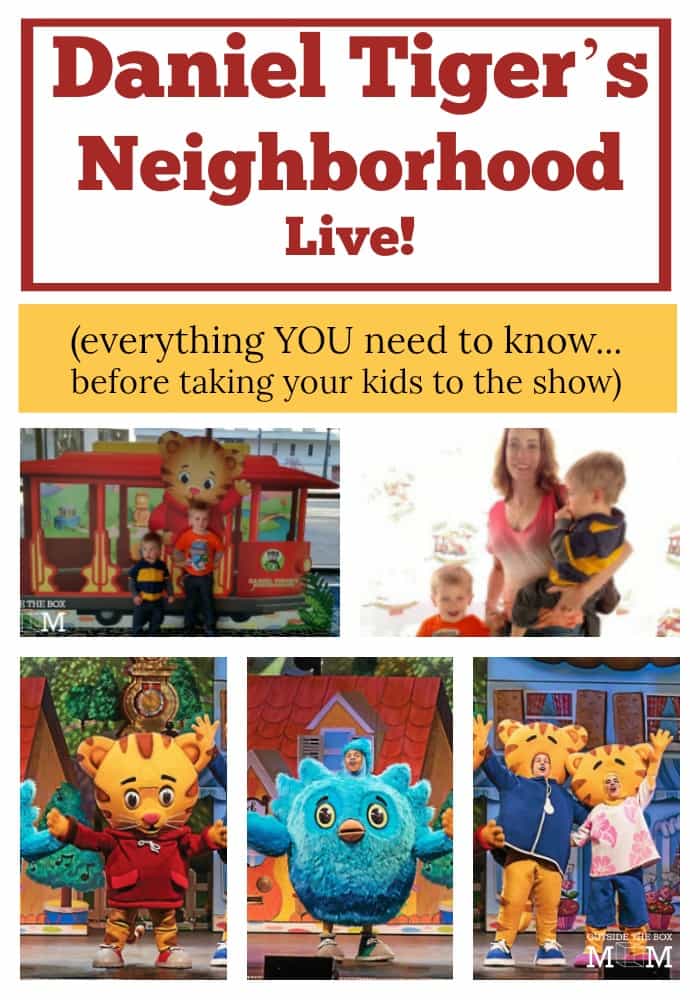 Latest posts by RAKI WRIGHT (see all)
Previous Post: « How to Save Your Marriage: Four Pieces of Real-Life Advice
Next Post: Five Genius Ways to Keep Your Kids Off Their Phones During Vacation »