Chicago O’Hare International Airport is often referred to as O’Hare and is the busiest airport in the Chicago area. In addition, it has been named the “busiest square mile in the world.” 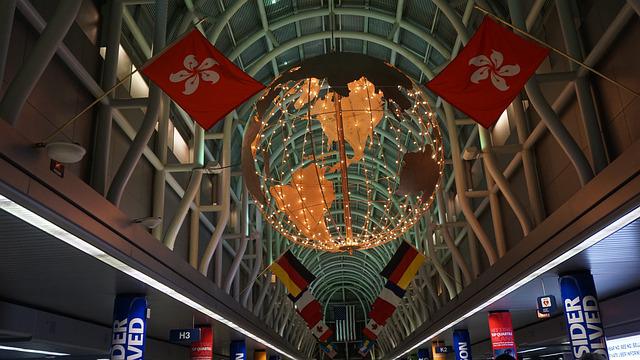 This airport is not only a popular hub for airlines but also an exciting adventure for travelers to explore and experience a taste of the Windy City without ever leaving the airport.

Check out some of these significant factors about O’Hare International Airport and discover why so many travelers are excited to have an extended layover at this airport.

O’Hare International Airport is one of the most kid-friendly airports in the country. Located in Terminal 2, families will find a fantastic play area. The play area is perfect for kids, helping provide them with something to do while waiting for their flight.

Additionally, TSA no longer requires children under 12 to take their shoes off, making it easier for families to get through security checkpoints.

While many travelers may be rushing to their gate, those who plan and arrive early can enjoy the many beautiful touches and features of O’Hare International Airport. The airport is full of surprising features, including unique artwork from apprentice artists studying at the City of Chicago’s After School Matters program.

Travelers can also marvel at the many murals and decorated benches scattered throughout the airport.

O’Hare International Airport is easily accessible from Downtown Chicago with transportation from the CTA Blue Line. In addition, traveling via the CTA Blue Line makes it possible to avoid the slew of cars sitting in traffic on the Kennedy Expressway.

When traveling to Downtown Chicago, you might not want to drag your luggage with you. Instead of worrying about heavy luggage, store your items with Vertoe. They offer short-term luggage storage at Ohare, providing peace of mind knowing your luggage is stored in a secured location. Learn more about the hassle-free storage options in Chicago with Vertoe.

When flying to or from O’Hare International Airport, many people question why the airport code is ORD. Initially, when the site for a new airport in Chicago was selected in 1945, it was named Orchard Field, which explains the ORD airport code.

The thought of self-cleaning toilets makes one believe that O’Hare International Airport is something straight out of the Jetsons. The bathrooms are as self-cleaning as they can be for modern-day technology.

The toilets at O’Hare International Airport are equipped with a plastic seat cover that dispenses automatically after every flush. The self-cleaning toilets eliminate the need to struggle with the flimsy seat covers in an attempt to protect your behind.

Chicago is known for its world-class cuisine, and O’Hare International Airport carries on the tradition of hosting an array of award-winning cuisine for travelers to enjoy. In addition, several eateries designed by celebrity chefs, including Wolfgang Puck and Rick Bayless, are the perfect place to grab a bite to eat during an extra-long layover.

Being stuck at O’Hare International Airport does not have to be as miserable as many believe layovers should be. This airport is one of the best airports in the country, offering travelers access to many restaurants, shops, and specialty decor, making it a memorable experience and less of a hassle when traveling through the Chicago area.

Latest posts by RAKI WRIGHT (see all)
Previous Post: « Psychology of formula feeding – all the pros and cons
Next Post: How installing a smart thermostat can save on energy costs »