There are three main treatments of cancer: chemotherapy, surgery and radiation therapy. However, we are going to discuss some natural treatments which are followed for different types of cancer. 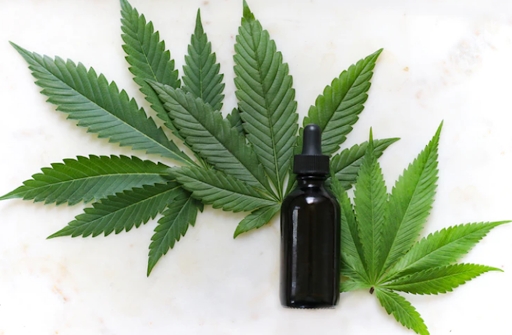 The growth of abnormal cells in the body is known as cancer. Cancer develops in one’s body when a normal control mechanism fails. When old cells do not die, and new cells start growing uncontrollably, then abnormal cells start developing. New and extra cells fuse to make a mass of tissue. This mass of tissue is known as a tumor. However, scientists state that every individual’s cancer is different from the other. Two people can have the same type of cancer, but these two will be various cancers. In simple words, it could be said that the same kind of cancer affects every individual differently. For instance, researchers are now finding out about new subtypes of breast cancer, and every subtype needs different treatment.

It could be said that the treatment of cancer has not been found yet. Some treatments which are being followed by doctors do not completely cure cancer. We have come so far, and we have invented thousands of new things, but cancer is still undefeated. The branch of medicine which is responsible for treating, researching and diagnosing cancer is called oncology. There are three main specialties in the field one oncology: medical, surgical and radiation. The physician of oncology is known as an oncologist. It should be kept in mind that different oncologists work together for the treatment of one cancer patient. The treatment of cancer can cost a lot of money, and still, these different types of treatments do not guarantee one’s life. However, some people have been cured of cancer and sometimes these “life-saving” treatments help in treating cancer, but there are sporadic cases that have been solved.

The ultimate goal of curing cancer is to kill cancerous cells as much as possible. There are three main treatments of cancer: chemotherapy, surgery and radiation therapy. However, we are going to discuss some natural treatments which are followed for different types of cancer.

Acupuncture is considered an alternative treatment. Thin needles are inserted into one’s body at specific points to treat different diseases. Various mental and physical problems are treated with acupuncture. However, now, we have very advanced acupuncture in the US, and there are hundreds of licensed acupuncturists. Some scientists have shown a positive response towards acupuncture for the cure of some types of cancer. In 2003, the research was conducted in France where two groups were examined; one was a controlled group and the other, experimental group. These groups contained cancer patients. However, one group was given acupuncture treatment, and the other group received a placebo. After two months, cancer patients, who were given acupuncture treatment, had a 36% reduction in pain. The other patients didn’t show any improvement. In 2004, a study was conducted by Memorial Sloan-Kettering Cancer Center. This study showed that acupuncture helped to minimize post-chemotherapy fatigue by 31% in patients of cancer.

Allium Sativum (garlic extract) can be used for cancer prevention, and it is famous for its health benefits. Some studies have shown that leukemia can be treated with the help sativum because it has a cytotoxic effect on cancer cells. However, no one knows how garlic extract induces cytotoxic effects.

Leukemia is one of the types of cancer, and it is also known as cancer of the blood. Garlic extract is considered as best for the treatment of leukemia. A study stated that garlic treatment produces cytotoxic effects on HL-60 cells naturally. Moreover, some scientists have concluded that Ajoene is one of the compounds in garlic which is responsible for apoptosis, and it acts as an anti-leukemic agent. Ajoene induces apoptosis, and it helps cure leukemia.

You can now imagine how a natural remedy can be useful for the treatment of cancer, and it is also side effect free. This is essential information that you can share with your friends and family.

American ginseng (Panax quinquefolius) is an herb. It grows in North America, and it is very effective for the cure of medical conditions. However, cancer-related symptoms can easily be treated with this herb. There are many ginseng products available in the market. You can buy tablets, capsules, powder, slices, juices and extracts of ginseng.

The research was presented at the American Society of Clinical Oncology. This research revolved around 340 patients who were in the post-treatment phase, and some of them were going through cancer treatment. This research presented very positive results. It showed that 60% of the patients, who had breast cancer were given 2,000 milligrams of American ginseng root. And these patients started to show improvement in their health. This research shows how effective American ginseng root is for the treatment of breast cancer. It has also been said that ginseng reduces fatigue and pain in cancer patients.

Medical marijuana has been legalized, and now it has been used for medicinal purposes. Marijuana has other names such as pot, weed, mary jane, and hash, etc. Now hybrid marijuana is also in the market, which is used for treating different types of cancerous diseases. Some studies show that smoking marijuana can be helpful in treating vomiting and nausea caused by chemotherapy. Moreover, neuropathic pain caused by damaged nerves can also be treated if medical marijuana is smoked or vaporized.

There is a gelatin capsule which is known as Dronabinol, and it contains delta-9-tetrahydrocannabinol (THC). The FDA approves this capsule because it helps in treating vomiting caused by cancer chemotherapy. You should know that THC and CBD are cannabidiols which are found in cannabis or marijuana. Scientific research has shown that these two can help in treating various types of cancer symptoms. Another study states that cannabidiol can boost the immune system of a cancer patient.

If you are looking for an all-natural product with no bleaches, no heavy metals, and hemp-derived, check out Area52.

Although more and more states are legalizing medical marijuana, not all states and federal districts have legalized cannabis use, possession, or cultivation. That said, it’s vital to ascertain which states have laws legalizing cannabis, which require you to own a medical marijuana card, and know the specifics of each state.

To protect yourself and your rights, learn and understand marijuana laws through this useful quick guide for cancer patients looking to manage pain and other symptoms using therapeutic cannabis.

Turmeric has been used for medicinal purposes for thousands of years, and now it has become prevalent for the treatment of various diseases. Scientists say that turmeric can reduce any inflammation in the human body. It shows that any cancerous cells can be destroyed with the help of turmeric.

There are different products that are made from turmeric powder. However, turmeric is used as an alternative for curing any internal cancerous infection. Some doctors state that every disease known to humans is due to inflammation in any organ and if we can cure inflammation completely, then humans can be immortal. However, it is not possible because we cannot cure inflammation of one’s body completely. But turmeric can be used for treating cancer cells from spreading into the body.

Kratom is a southeast Asian drug, and it has real health benefits. It works the same as painkillers, and it has effects on the same receptors. However, it is also used for treating nausea caused by chemotherapy, and it is also very effective in treating other health problems as well

Know too that cancer patients have various options for their health care. They can get palliative care or hospice care. The two are different, but ultimately, they have the same aim: to lessen the pain and discomfort brought about by a ravaging disease.

Jack is a psychotherapist and neurodegenerative disorders expert. He has been practicing in New York for 25 years now, and since then he has been fighting to make marijuana legal in the United States for it comes with numerous health benefits. You can read his blogs at https://thegreenace.ca/.