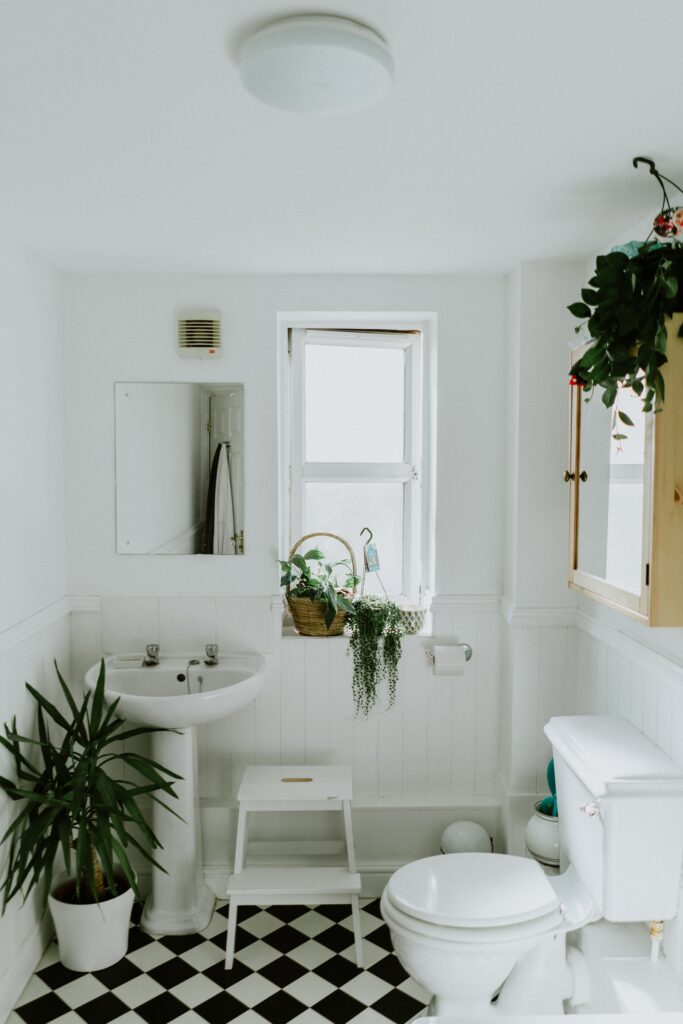 When you’ve got kids in the house, this is an urgent task that needs to be done quickly, particularly if you only have one washroom.

So it is important to make sure you have a few tricks up your sleeve in case you are ever in this situation.

We all have a few too many wire coat hangers around, and they aren’t even that good for hanging clothes. But they don’t have to go to waste.

To unblock a toilet with a wire coat hanger, you will also need a rag to go on the end. Unwind the coat hanger but leave the hook at the end. Then wrap the rag around the hook and secure it in place with tape.

Pass the hanger into the toiler — the rag stops the hanger from scratching or damaging the toilet — and gently rattling the hanger should help to dislodge the obstruction. Don’t flush until the water level starts to go back down. Have a garbage bag on hand to quickly dispose of the makeshift unblocker once you’re done!

Your parents may have told you to avoid using any chemicals to unblock a toilet, as they can damage or crack the bowl or the u-bend. But you can use chemicals, it is just a case of finding the best and safest ones to use. The chemicals work by dissolving the blockage so that it can pass through your toilet more easily.

There are now lots of great chemicals to use that are environmentally friendly and aren’t hazardous, as this list explains: https://amarcoplumbing.com/chemicals-unclog-toilet.

Many chemicals are organic or biodegradable, so you can trust that they won’t damage your toilet or the environment further on down the stream. This can also make them even more effective at breaking down blockages.

In addition, there are multi-purpose cleaners that can be used for unblocking, and these are designed with protecting your pipes in mind.

For a liquid, washing up liquid is pretty heavy. So the idea is that you squirt a lot of washing up liquid into the bowl, weighing heavily on the obstruction to both break it down and gradually push it through. This may depend on the size, but it can be a low-fuss way of fixing your problem.

Second, the washing up liquid can act as a lubricant to help the blockage pass through. This is helpful on its own or if you are using another method as well, such as the wire coat hanger.

It is important to say straight away not to use boiling water.

Boiling water can crack your toilet bowl, which would leave you with a much bigger problem than a blocked toilet.

Some experts recommend that the water should be hot enough that it is a good temperature for drinking coffee or tea, but no hotter. Pouring the water into the bowl should help to gradually soften and break up the blockage so that it can pass naturally without too much exertion on your part.

People who use this technique often squirt some washing up liquid in the bowl first, too, and this method can be used alongside the wire coat hanger as well.

If the total water in the bowl doesn’t start reducing — which would indicate the blockage is fixed — then don’t flush. This would risk overflowing the bowl!

Latest posts by RAKI WRIGHT (see all)
Previous Post: « 5 Tips for Getting Your Home Ready for a Baby
Next Post: 6 Craft Hobbies That Can Turn Into Income for Seniors »