As parents, it is only natural that we are often sceptical of what our kids are playing online. Back in our days, we used to play outdoors with our friends. Now, kids today are usually cooped up at home, playing video games. 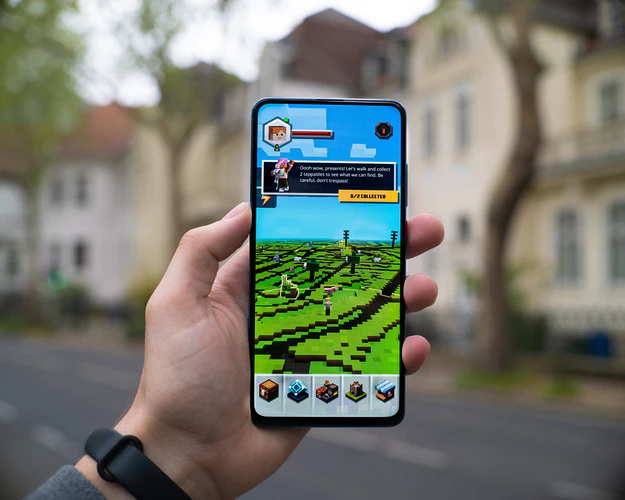 As with every parent, you might already have heard of Minecraft because of your kids. It is one of those popular video games that almost every kid nowadays has played. But if you are a parent, you might not know what it is or you probably do not have time to check it out or play it.

To give you a brief overview, Minecraft is a video game where players can create or break apart various kinds of blocks into three-dimensional objects. There are two modes of the game which are survival and creative. In survival, players must eat to survive while creative is the opposite. Players can just create, break apart blocks, explore, and decorate their lands.

The actual game itself is not necessarily competitive nor violent. Kids mostly play this game because of its customization features. They can customize their land and character so that they can show it to their friends and other people in the community.

So parents should not overly worry about their kids playing Minecraft. With that, we even listed a few good reasons why Minecraft can be beneficial for your kids as well.

As we have said before, one of the main reasons why kids like Minecraft immortal smp is because of its customization feature. The game offers endless possibilities and opportunities for kids to showcase their creativity. Kids can literally create anything they want as long as it is made up of blocks that can fit within the 3D grid of the game. They can build a lavish house, school, church, playground, mall, and even dress up their character in the game.

Minecraft enhances their creativity and pushes them to be more imaginative. From building lavish houses to recreating an entire continent based on their favorite TV show, this game pushes the boundaries of what you can do and accomplish in a video game.

Since Minecraft is not necessarily competitive, there are no winners or losers in this game. The player is the one who would decide what they would get out of playing this game. They can band with other players and explore the game, play survival and accomplish a few side quests along the way, or just mainly utilize the customization feature and brag about what they built with their friends in the community. Whatever it is, the player is in charge and they have to decide on it on their own.

This sense of responsibility and having their own sense of direction make them more decisive and improves their confidence. Kids learn to confidently explore new things without the fear of mistakes and failures. Since they can just start over or fix their mistakes while they are playing, kids become more trusting of their decisions and in turn, gives them this boost of confidence with their actions.

Survival mode is one of the facets of the game that enhances the players’ problem-solving skills. It is where creatures can suddenly attack the player and they are left in an environment where they must quickly figure out how to build shelter and make weapons. This mode of the game allows players to quickly adapt and think of better ways to wriggle out of a sticky situation. It is also where their skills in strategy and planning come into play.

The Survival and Creative mode both allows the players to learn how to better manage their resources. Given that Minecraft’s strongest point is customization, players would have to trade, sell, save money, earn money, and do a lot of things in order to acquire more resources. With that, your kids would be forced to calculate and budget their resources in order to build a better house or acquire a far more cool-looking outfit for their character.

Aside from that, they would also learn the economics of labor and resources even in the most simplest way. For example, in Minecraft, woods can be acquired by hand but it would be faster if you use an axe. But in the long run, these axes will wear out, requiring the player to purchase another one, which would require them to shell out their resources again. With that, your kid would have to decide whether it would be more economical to get wood by hand or acquire it with an axe.

Engage with the Community

One of the plus sides of playing Minecraft is that players get to connect with other people from the community. This feature has enabled players from all around the world to share their experience in the game.

Apart from that, community engagement is what enables players to enhance the way they play the game. The community usually shares and makes their codes and mods free for everyone to use. These codes and mods enhance the overall visual and gameplay of the game. For example, Minecraft shaders make the game lighting and shadow more realistic and better looking.

With that, your kids would not only make new friends, but they would also learn basic coding languages.

These are just some of the many things that Minecraft has to offer. To learn more about this game, we encourage you to play it and see what the hype is all about.

Latest posts by RAKI WRIGHT (see all)
Previous Post: « Is Etihad Airlines a good and safe Airline?
Next Post: Essentials for the Perfect Bathroom »