Recently, beauty standards have risen, and everybody wants to have the perfect facial and bodily features. Many people struggle with how their lips, eyes, forehead, tummies, or arms look like. However, one of the most common features people have is the nose. 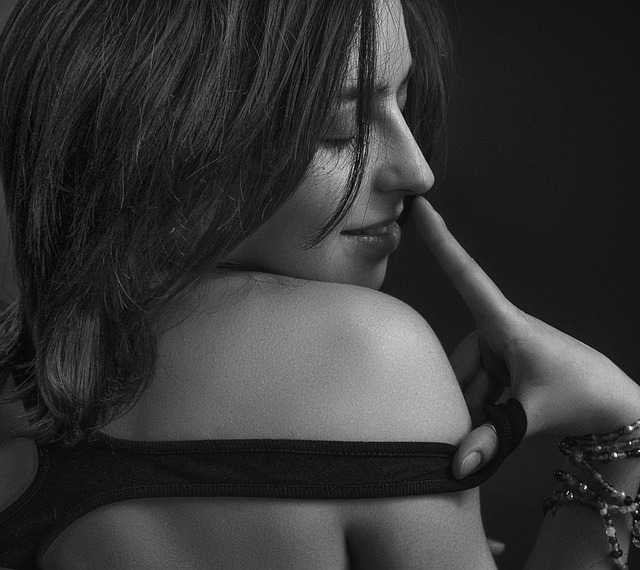 Image by Alexander Krivitskiy from Pixabay
The nose is a large part of the face and one of the first things people notice when they approach someone. Therefore, we all want to have a nose that not only functions properly but also looks perfect.

What Is An Ideal Nose?

For a nose to be termed perfect or ideal, it has to match or be in harmony with other favorable facial features.

Whether it’s a male or female nose, there is always an artistic element when it comes to regarding a nose as perfect, which means that we cannot only use numbers and lines to classify perfect noses.

However, plastic surgeons and artists can study faces and beauty to identify what universal beauty standards are. Using that, they can develop some proportions and guidelines that represent the perfect aesthetic of a nose.

Some of the facial lines, proportions, measurements, and angles that people look at to determine whether a nose is ideal or not include;

Problems Associated With The Nose

Here are many structural problems that make people feel like their noses do not meet the perfect nasal aesthetics. Some of those problems include;

This is one of the major reasons why people think that their noses are not perfect. Sometimes, the nose could be bigger or smaller than the fifth middle section of the face or the middle third of the face. Any of the reasons make it disproportionate to the rest of the facial features.

A crooked nose does not go down in a perfectly straight line to the middle of the face. Depending on the cause of the crookedness, the degree could differ. Some are subtle, while others are more prominent.

One of the reasons why people may have a crooked nose is because of a problem within the complex bone, tissue, and cartilage system in the nose. This could result from a birth defect, a previous surgery, injuries, severe infections, and tumors.

A crooked nose could also result from a deviated septum, which is the internal wall separating the right and left nasal passages.

Too small or big nostrils

Nostrils could be too small or too big in relation to the size of the nose, which makes it lose its ideal look.

The shape of the tip

A perfect nose/ ideal nose has a tip that is between pointy and round. A very round tip could make the nose appear shorter, while a very sharp one could make it look slender and longer.

The bridge determines how the nose looks from the front and side. In some people, the nasal bone could be so prominent that it makes the bridge look uneven or crooked. In other people, they may have a wide nasal bridge that makes the nose not match other facial features.

How To Get The Perfect Nasal Aesthetic

Having a very big or small and crooked nose, having big or small nostrils, or having an irregular tip or bridge reduces the confidence and self-esteem in many young women.

This is especially in this technological era where everybody on the internet seems to have a perfectly shaped nose or one that is the perfect size. Many people who do not have the money for surgery try to fix some of the problems using makeup.

However, there are some issues, like a crooked nose or big nostrils, that one cannot fix using makeup, and the only solution is surgery. Rhinoplasty, commonly known as a nose job, is one of the most performed facial plastic surgeries.

It is the surgery that helps deal with any nose problems, both structural and functional. Depending on the patient’s goal and the extent of the problems, surgeons could perform the surgery in different ways.

In some patients, they completely open up the nasal cavity to make it easier to reach the internals. That way, they can remove any excess tissues or bones that make the nose look bigger. It also makes it easy for them to see the cause of a crooked nose and fix it.

In other cases, they only make small incisions if the problem is not severe. Patients need several months to recover from the surgery, depending on how deep the incisions are.

Sometimes, patients may not get the expected results, and they might opt to get a revision rhinoplasty surgery. However, for that, they need to wait for the first one to heal completely.

Also, they need to consult with their surgeons to determine if there will be any complications with the second surgery and if it is necessary. This mainly happens when patients have unrealistic goals for their surgery and end up getting different results.

Latest posts by RAKI WRIGHT (see all)
Previous Post: « Can A Dorsal Hump Cause Breathing Problems at All?
Next Post: Can Injectables Be Botched From Expired Lip or Cheek Filler? »