If you are looking for a way to get more exercise or possibly a new hobby that incorporates healthier habits, then you should look into trying out a new team sport. Not only does it make working out fun but can also be a great place to meet people and make new friends. 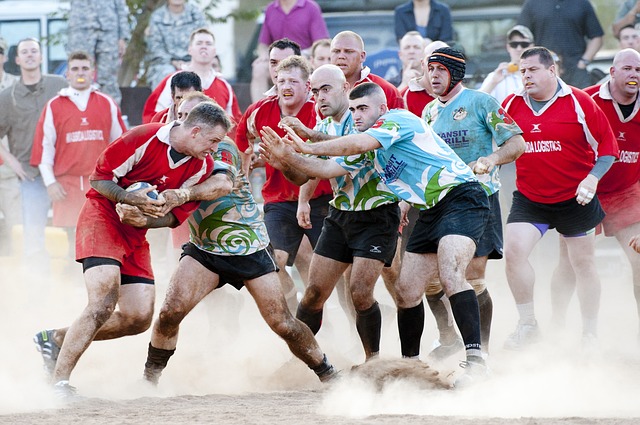 Image by David Mark from Pixabay

This is perfect for anyone who lives near a beach because there is probably a huge range of different clubs or groups you can join. However, there are also plenty of indoor volleyball clubs across the country that you can join. It is a high energy sport that gets you moving and lets you get really hands-on and involved in the play. Check out Ace volleyball for tips and advice on how to be the best volleyball player in your team.

Ultimate frisbee is fast-paced and surprising athletic. Frisbee is preferably played outdoors in a wide-open space but can also be played indoors. It has been increasingly popular over the years after being invented in the 1960s. You do not need an athletic background and it can be picked up by people of any fitness level.

Roller derby is exciting and intense. It is played indoors on a specialised track and is an amazing release for anyone wanting to blow off some steam. You will quickly get fit playing roller derby and brings with it a great sense of community amongst the members,

Field hockey is a popular choice and can be picked up by anyone. There are lots of different roles to play in a field hockey team so you will easily find your place no matter what your skill set. Hockey can also be played on ice but field hockey is much more accessible and does not require you to be able to ice skate.

Futsal is like soccer’s little brother – the teams are smaller, the goals are smaller, the field and the ball are also smaller! It originated in South America in the 1920s and is a very unique game that requires fast feet and skilful play. Check out more about futsal here.

Olympic handball is played indoors with seven players on each team. It is a little bit like basketball but with a net instead of a basketball hoop. Players are trying to throw the ball past the keeper and into the goal, there is a semi-circle exclusion zone around each goal, you can only take three steps with the ball before you have to dribble or pass. If you have experience playing basketball, then this is probably a great option for you to try something new.

This is played on a full-sized rugby pitch and is very physically demanding; it is a more fast-paced version of rugby union. This is more suited to someone with an athletic background, rather than complete beginners. Halves are just seven minutes long because of the sheer relentless, stamina-draining nature of this sport! This is an option for already physically fit people but if you want something a little less intense then you could try standard rugby union.

Latest posts by RAKI WRIGHT (see all)
Previous Post: « My Favorite Christmas Gifts from JoyAmo Jewelry
Next Post: How to Choose a Nursing Home »