Have you ever wanted to communicate with your dog? Although you might think you know what they’re thinking at every moment of every day, wouldn’t it just be easier if they told you exactly what they wanted? Chances are when you think they are begging for treats sometimes, they just want to go outside for a walk. 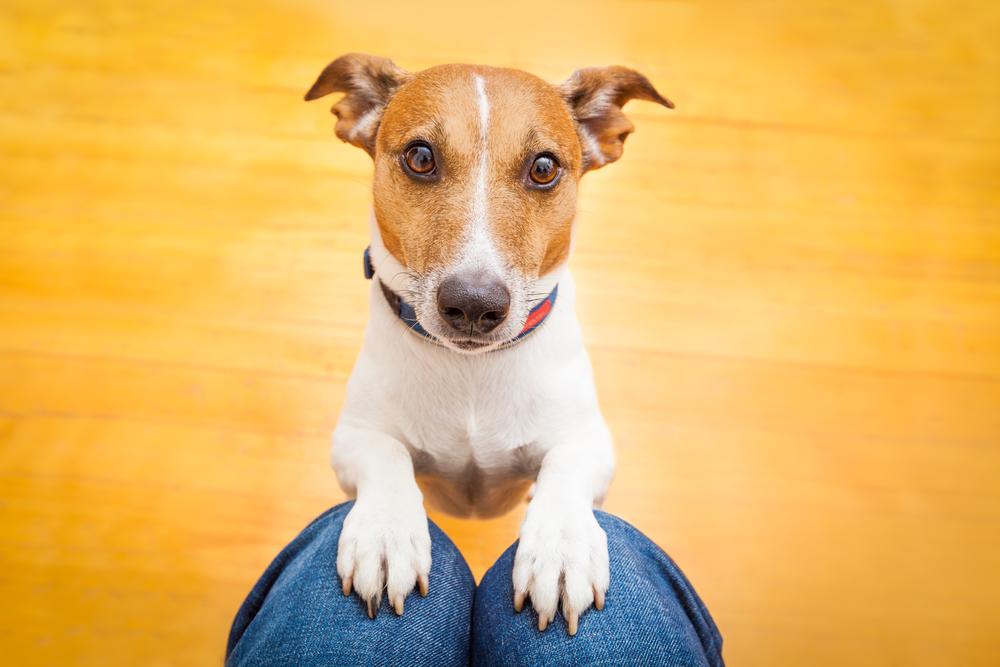 What if we told you there was a way that you could help your dog communicate with you – and no we are not lying! Many owners have decided to use this new technology to see what their little pup wants and to take the best care of their pet.

What are talking buttons and why should I use them?

A speech and language pathologist came up with a great way to communicate with their dog – and the technology has taken off in recent months! By using proven speech technologies, such as pre-programmed buttons with words, wants, asks, and needs, she can easily figure out what her dog wants while they use the talking buttons.

The dogs can step on the buttons, such as talking buttons about walking, eating, napping, or treats, and tell their owners what they need to stay happy and healthy. The speech pathologist, named Christina Hunger, has documented her dog’s learning adventure using talking buttons through #hunger4words.

Other dogs have also taken up the latest hashtag, with the owners posting videos of their dogs learning how to use the talking buttons and the new skills they have implemented into their daily programs!

In online videos, other dog owners and Stella have taught their pups how to use the vocabulary printed on the talking buttons to communicate with owners to express their needs and wants. By using these recordable buttons, they can express things they want to do, like going for walks or laying on the couch, but also tougher concepts to express with a bark or a look of the eye, such as feelings and emotions.

Some videos of pups using the #hunger4words hashtag and the #Theycan talk hashtag include pets who have begun to describe their daily needs and hourly needs by stepping on the talking buttons to speak to their owner. Dogs are beginning to express feelings and emotions by pressing certain talking buttons in quick succession to show the urgency of a need or feeling.

So, what is the importance of talking buttons? Well, this technology helps dogs and owners get on the same page. Dogs now have a higher ability to communicate more clearly with their owners by expressing what they want and what they are feeling, along with owners having a deeper understanding of how our pets view the world and view us as owners.

Teach your dog to speak with talking buttons!

If you have always wondered what your pup is thinking, consider using talking buttons to figure out exactly what is going through their mind! Follow the online social media accounts of Stella and her dog, along with other dog owners who use the hashtags, such as #hunger4words and #Theycantalk to see how they are teaching their dogs.

You don’t have to be a professional or a speech pathologist to figure out how to educate your dog and communicate effectively with your pet. Instead, you can just be an owner who is curious as to what they are thinking! Build a new and deeper level of understanding between you and your pup by figuring out what your dog wants, when they want it, and why they want it.

Using recordable dog talking buttons is a fun and interactive way for you to figure out what your dog is thinking and what they find most valuable in their life. With practice during everyday use with you and your dog, you can train your pup to communicate with you. Although they may not understand complicated emotions and feelings, you can use the talking buttons so your dog can learn basic ideas and concepts like walking, playing, or eating.

If you need a place to start by using talking buttons, here is a step-by-step guide that can help you “talk” via communication strategies and talking buttons. This is tough, but it is something that dogs should be able to master with the help of a patient owner. The key from owners is consistent use and patience with their dogs.

Where can I get talking buttons?

If you want to use talking buttons to train your dog, you can purchase recordable dog training buttons through many online or in-person stores! It is quite easy to find this technology that you can use with your pet so you won’t spend a fortune on a new technology and training opportunity. There are high-end buttons that can be bought through therapy companies and medical supply stores, along with cheaper options that are found in toy or play stores.

Each button can have 30 seconds or less of talking so you can train with your dog. Although most words take much less than 30 seconds to say, you can teach your dogs longer commands such as “come here” or other longer sentences. In addition, some dog owners will attach velcro or non-slip items to the bottom of the talking buttons so dogs do not slip on the surface.

Some buttons already come with a non-skid pad so dogs do not slip while they put their paws on the talking buttons. Furthermore, if the buttons you purchase do not have velcro or non-slip pads, you can attach velcro or a non-stick surface to the bottom so you don’t have to worry about your dog’s health while using the buttons.

Using talking buttons with your dog can be a foolproof way to train your pup and get to communicate with them on a deeper level!