When it comes to Rome, a lot of convincing is simply not necessary, because it is widely known that it is one of the most spectacular cities in the universe and that a vast majority of people (refers to those who haven’t seen it) are yearning to visit it. 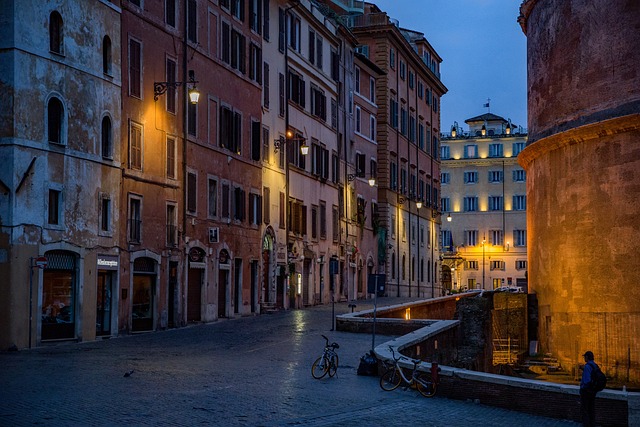 And who can blame them, since this eternal city boasts breathtaking attractions and cultural and historical might? It’s safe to say that many cities would sell their soul to the devil just to have as many wonderful spots as this city has.

Of course, it’s going to be hard to mention just a few attractions since there are so many. These are considered obligatory landmarks of this destination, hence they must be visited. Want to uncover them? Scroll below!

Attractions That Every Rome Enthusiast Must See

Our list could never be as good without it. Namely, it is an amphitheater that’s situated in the center of Rome and the biggest ancient amphitheater ever built. Out there, you will get the opportunity to hear different stories about prisoners, gladiator battles, slaves, and many others.

What’s spectacular about it is the fact that it comes with a seating capacity of more than 50,000 people. It’s no wonder it is defined as the biggest amphitheater in the world. This is for sure a perfect starting point for anyone who is a huge fan of history and beautiful monuments.

But what is the best way to properly explore it? Although you can always purchase a standard ticket, if you truly want to see every inch of it, then it would be advisable to opt for an underground tour. Namely, with it, you will get access to various areas of the Colosseum that are not available with a standard ticket, like the Arena, the Colosseum Underground, etc. Plus, you’ll reveal many interesting details (regarding the way people lived back then) with informative tour guides.

Moving On To The Vatican City

The Vatican is known to be the smallest state in the world, with a region of less than half a square kilometer. Inside, you will stumble upon the Vatican palace, as well as the gardens, St. Peter’s Square, and St. Peter’s Basilica.

This is the area that’s ruled by the Pope. Additionally, this sensational attraction offers many interesting things to visit, between its beautiful basilicas and museums. The only downside of this place is the fact that the line for the tickets is oftentimes extremely long, meaning, that you will most likely have to spend hours waiting in line.

Of course, if you want to save some time, you can always do your homework and browse the web to hunt down some amazing tours that will enable you to skip the line and thoroughly visit museums, chapels, and many more.

Oh, And Don’t Forget These Places As Well!

The Knights Of Malta Keyhole

A vast majority of Roman people will tell you that this attraction is widely known as the “hole of Rome”. Namely, this keyhole provides tourists with a concentrated view of this city. All you have to do is to put one eye to the slot in the wooden door and you will suddenly see the St Peter’s Dome framed by trees.

So how can you find this place? It’s actually quite easy. Just go to the Aventine Hill, then walk down Via di Santa Sabina and then onto the Piazza Dei Cavalieri di Malta and that’s it!

The Foro Romano used to be the center of state ceremony, law, bureaucracy, and commerce. Right beyond the Colosseum to the west, you’ll come across Rome’s birthplace, also known as the Palatine.

At some point, it has become the home of the shakers and movers of the Empire and the Republic as lavish palaces were built. The location of the Palatine is spectacular, due to the fact that it overlooks the Foro Romano, yet it is pretty far from the disturbances down in the valley.

It’s safe to say that this is one of the most popular attractions of this city. If you want to ensure you will return to Rome at some point, then you should throw one coin into the fountain. Rome’s biggest fountain was made for Pope Clement XII somewhere between 1732 and 1751 by the talented Nicolo Salvi.

When you have a city that’s both breathtaking and historically rich, such as Rome, then it can be very challenging to single out just a couple of attractions, however, we somehow managed to do so and we hope you’ll love our suggestions.

Latest posts by RAKI WRIGHT (see all)
Previous Post: « How To Mend Serious Construction Issues On A Family House
Next Post: What Are The Pros of CBD Products for Cats? »