Navigating the world of maternity leave entitlements – particularly in the U.S – can be a bit of a nightmare. There’s a lot of opposing information out there from one state to the next, and the rules are variable between different industries, but the main thing is, that the U.S is the wealthiest nation in the world not to be offering a national paid parental leave scheme. 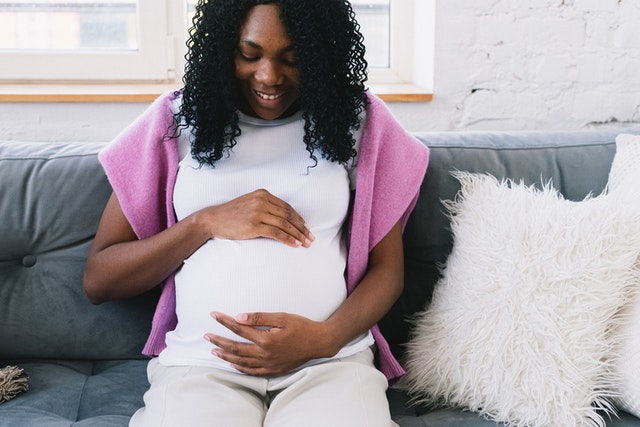 According to the Pew Research Centre, there were only 21% of workers in the whole country in 2015 that had access to paid leave through their employment contracts. This is despite nearly 70% of U.S citizens saying that it should be available to both expectant mothers and fathers in a recent poll of 21,000 respondents, according to YouGovAmerica.

So if you’re in a position where you’ll be relying on paid maternity leave, or if you would just like your role to still be there if and when you decide to return, it’s super important to get your ducks in a row ahead of time and find out what your company has available to you.

Let’s take a brief look at how you can prepare yourself for the arrival of your precious new bundle, and even compare the U.S’s policies to a couple of enviable European countries, such as Greece and Croatia.

Spoiler alert… You might be tempted to pack your bags!!

If you’re currently working, check what your employer has available in terms of family and medical leave. With the Family and Medical Leave Act (FMLA), since 1993 the Federal Government has offered 12 weeks of unpaid leave where your job is protected if you have a baby or if you choose to adopt. There are eligibility requirements for this, such as having been employed for more than 12 months and working at a company with more than 50 employees in close range, so certain individuals and companies don’t fit the criteria.

If your employer does have a maternity leave policy, check with HR what’s provided and calculate how many unpaid days you’ll want to take on top of the paid leave.

Check if you can take advantage of short-term disability pay. Pregnancy and early motherhood aren’t obviously a disability, but this is a type of insurance that can help with extending your leave from work. It might pay anywhere from half to your full salary for a few weeks after birth, so it’s worth a look.

Your last resort might be whatever unpaid leave you can get your hands on, like sick leave, personal days, or holiday leave. Failing that, you could look at an unpaid leave of absence or even an unpaid disability leave.

Consider switching to a more flexible job if your current one won’t offer solutions. There are so many opportunities out there if you’re looking, motivated, and willing to upskill. If you want to work from home, try proofreading, virtual assisting, social media work, or web design, for instance – or even start your own small business. Figure out what excites you and put action behind it.

What about maternity leave in other countries?

So now that you have some ideas for how to set yourself up for the best possible outcome in the U.S, let’s take a look at a couple of eye-watering comparisons from Europe.

The entire continent seems to deeply value the concept of taking time out to care for children while they’re babies and even later on as they grow older, but you’ll find some of the best maternity leave entitlements coming out of Croatia and Greece, and they make the U.S seem positively stingy by comparison.

In both nations, maternity leave begins even prior to the birth of the child, as the countries recognize that those last few weeks of pregnancy can be extremely draining and taking time to care for the mother’s health is also healthier for the new baby.

Following the birth of the child, both countries offer mothers three other types of leave: the maternity leave given immediately following the birth, supplemental maternity leave, and then a longer-term parental leave. There are some eligibility requirements relative to the amount of time the individual has worked, and what insurance the individual has held over a certain period of time.

Croatia offers its mothers 70 days of paid leave following the birth of their children, and once that leave has been completed, they’re able to access a further 6 months of unpaid leave, but occasionally the tab for the wages is picked up by the employer as part of the benefits package included in their individual contracts.

In Greece, you can take an extra 63 days of paid leave after the baby arrives, and after that point, you’re also entitled to apply for reduced daily working hours in the following 30 months, which in some circumstances can be converted to larger chunks of time instead in agreement with the employer.

In each country, 4 months or 120 days of additional parental leave is available to be taken up until the child reaches 8 years old. The way the employee chooses to use this time is negotiated with the employer. It might be taken intermittently or all at once.

So then, given all these facts, is it time to update your passport?

Latest posts by RAKI WRIGHT (see all)
Previous Post: « Top Five Back to School Budget Shopping Tips
Next Post: How to Discourage Your Kid From Ever Smoking Tobacco »