As people become more health-conscious, there has been a shift away from artificial sugars towards healthier alternatives. 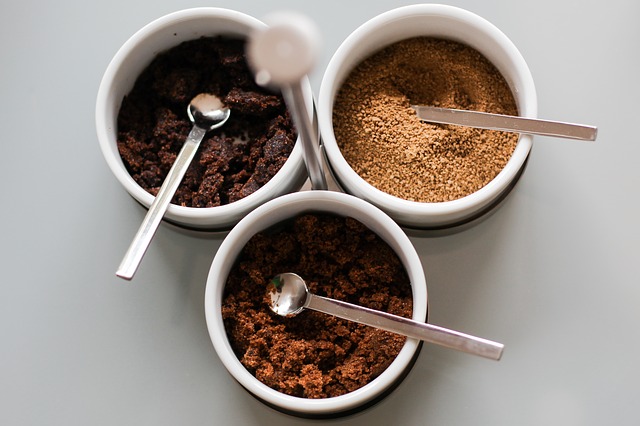 As the name suggests, monk fruit sweetener comes from monk fruit. It contains very few calories but tastes up to 200 times sweeter than sugar.

The low-calorie content of monk fruit extract isn’t its only advantage. There are many benefits to swapping sugar for this healthier, sweeter alternative. But as with anything, monk fruit sweetener comes with its potential drawbacks.

In this article, you’ll learn the pros and cons of using monk fruit sweetener over traditional table sugar. First, let’s cover exactly what monk fruit extract is and how it is obtained.

What is Monk Fruit Sweetener?

Monk fruit sweetener is obtained from the luo han guo fruit that is grown in Southeast Asia. It has been used in Chinese medicine for years but it was only approved for use by the Food and Drug Administration (FDA) in 2010.

Monk fruit naturally contains lots of fructose and glucose. The seeds and skin of the fruit are crushed and the juices are collected and dried to create concentrated monk fruit sweetener.

The sweet taste of monk fruit sweetener doesn’t come from its high fructose and glucose concentrations. It comes from the high antioxidant content of the fruit.

More specifically, it’s the group of antioxidants known as mogrosides that give monk fruit extract its sweetness. Mogrosides are so sweet that many manufacturers have to dilute their monk fruit juice products to make them more palatable. Often, dilutants include inulin or erythritol.

Most of the studies on monk fruit sweetener and mogrosides are performed on animals. However, it is widely accepted that animals metabolize this sweetener in a similar way to humans.

Mogrosides are not absorbed in the upper digestive tract, hence why they have no calories. When they enter the colon, the bacteria in your gut break them down into their constituent metabolites. These metabolites are absorbed into the bloodstream and any excess is excreted in the urine.

There are many proposed benefits of monk fruit extract, with the main benefit enhanced being weight loss. Studies suggest that monk fruit sweeteners can help you to lose weight. Unlike table sugar, it contains no calories, yet still provides a sweet and desirable taste.

Other studies have indicated that the consumption of monk fruit extract may reduce people’s intake of alcohol and other high-calorie, high-fat drinks. This can aid weight loss by reducing overall calorie intake.

It’s important to note that monk fruit sweetener is relatively new to the market so studies are primitive. The evidence suggests that it can aid weight loss but it’s important to do your own research before adding monk fruit extract to your diet.

Despite the suggested benefits of using monk fruit extract, there are some drawbacks.

Latest posts by RAKI WRIGHT (see all)
Previous Post: « Top Tips For Real Estate Marketers On How To Showcase A Property
Next Post: Significant guidelines on long-lasting body sculpting results »