The Northern Lights are beautiful natural phenomena that can be described as otherworldly and mysterious, silent yet delightful, dramatic, and resembling a vast, multicolored, flaming curtain in the sky. These are just some adjectives that can describe the Northern Lights. 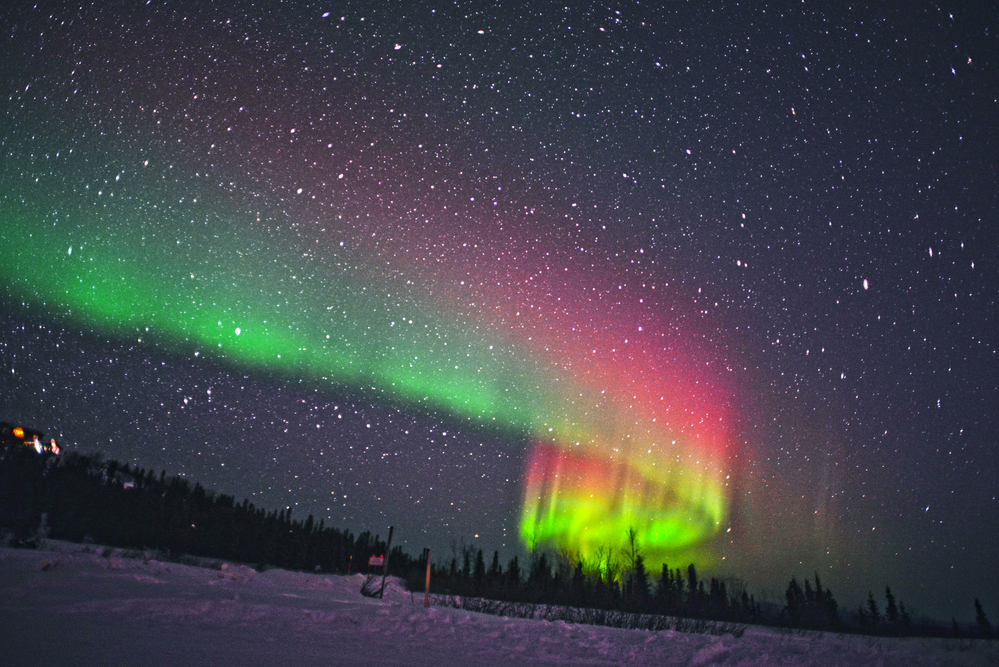 You do not need to handle all the arrangements and organize your fabulous vacations in Ontario. This is a complicated job even at the best of times due to the unpredictability of the lights and the weather patterns that make it easier to see them. It is our responsibility to ascertain the locations at which they are most likely to show up, and it is only your responsibility to take pleasure in their presence. The below information can be really useful for you.

The best time of year to view the Northern Lights

People have searched high and low, but it would appear that there is no credible scientific data regarding the times of the year when the lights are most likely to occur and when they are least likely to do so. When we often search for the best places to see the northern lights in Ontario, we schedule our trips for times when the night sky is sufficiently dark. This is because it is impossible to see the aurora borealis when the sky is extremely bright late at night during the summer.

Which month offers the most favorable conditions for viewing the aurora borealis?

When the sky is dark, the lights stand out more clearly against the background. And since clouds tend to obscure the Northern Lights, a clear sky is ideal. The fact that the nights are at their darkest between September and April suggests that this would be the best time to arrange your trip. There is more to this. The strength of the Aurora is determined by the Solar Cycle of the sun, an eleven-year cycle that varies from its highest to its minimum. A Solar Maximum stage is characterized by a vividly colored aurora frequently appearing, whereas a decreased likelihood characterizes a Minimum Solar stage where the Aurora will appear.

Due to the relatively long and very dark evenings, January through March are the most popular months to search for the best places to see the northern lights in Ontario and plan for trips accordingly. There is no concrete evidence to support this theory, although it is common knowledge that the Aurora is more likely to be seen in evenings with lower temperatures. It’s also possible that most of the winter snow has already fallen, which has resulted in a clearer sky and better views of the Aurora. This would be the case if most of the snow fell earlier in the season. It has been theorized that increased solar activity coincides with spring and fall equinoxes, which occur in late March and September. However, this has not been demonstrated to be the case.

These are some of the frequently asked questions people search over the internet to experience the breathtaking view. However, it isn’t easy to forecast the Northern Lights more than a couple of hours in advance. It is not easy to calculate the northern lights’ exact time and schedule, but experts still try to predict. You could even be able to catch one of the really big shows, the type of Aurora that can be seen by people across the entire night sky, planet-wide; if you’re in the right spot at the right time, the solar winds are strong, and the sun is good and active. This would be a perfect storm.

How long does a display of the Northern Lights typically last?

If you’re lucky, the Northern Lights will continue to dance across the sky for the entire night. If you’re not so lucky, though, you might only get to see them for ten minutes at a time. The astonishing splendor of the lights can be experienced in as little as ten minutes, yet it will leave you with an impression of wonder that will last a lifetime and that you will never forget.

Let’s have a chat about the Northern Lights.

Since you are now aware of the optimum time to view the aurora borealis in the night skies of the far north, you are in a better position to organize your vacation around the possibility of seeing it. But even if the Northern Lights don’t cooperate, you’ll have the time of your life discovering astounding scenery and a fantastic culture. This is a winter vacation spot that offers something truly unique.

From April through August, the skies are too light and too late to witness the show, which is taking place invisibly in the skies but can’t be seen without special equipment. During this time, the spectacle can’t be seen.

Those interested in seeing the Northern Lights in Ontario but would rather avoid the bitterly cold temperatures of a full-on Canadian winter should go to Canada between September and October. It is even possible that you will have the good fortune to witness a magnificent show of the Northern Lights, the likes of which are so brilliant that they will reflect in the rivers and lakes devoid of ice, producing a truly breathtaking sight. Tourists have witnessed some of the most breathtaking northern lights displays in living memory.

As autumn gives way to winter in the icy north, November and December witness the arrival of the first significant snowfalls. The cloud cover may make it difficult to view the lights, but the days are getting shorter, and the skies are getting darker means there is a greater chance of seeing them.

Latest posts by RAKI WRIGHT (see all)
Previous Post: « What All Great Keynote Speakers Inherit In Common
Next Post:  5 Things You Should Know About the Buddleia Butterfly Bush »