Are you switching provinces in Canada, and need to find an appropriate home for your family in Ontario? It’s your freedom to move within Canada if you’re a permanent resident or citizen. You might be also searching for the best Ontario cities to live in if you’re immigrating from another country. Whichever your reason may be, this post helps you find the best cities to call home. Now, why Ontario? For one, it happens to be the home of the largest city in Canada: Toronto. 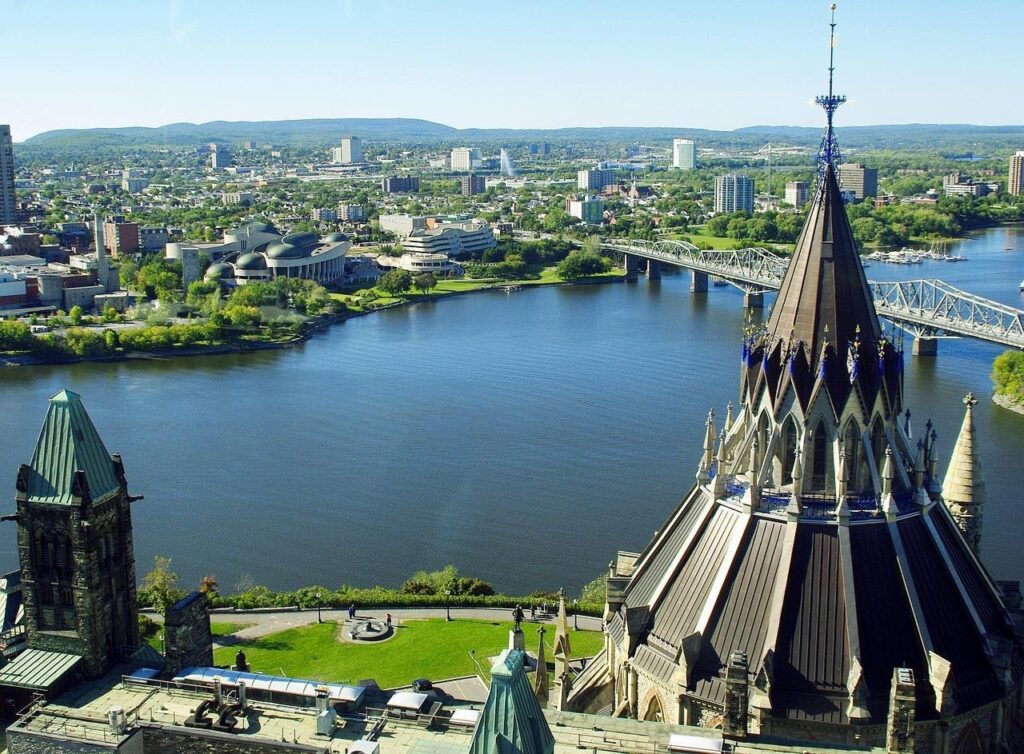 Known for its inclusiveness, Ottawa is a shining city not only in Ontario but in North America. It’s among the best cities in Ontario to raise a family. It also tends to be family-oriented thanks to the low crime rate, good education system, and plenty of family attractions. What’s more, affordability is a key factor that leads people to choose Ottawa over Toronto or Vancouver.

In July 2018, Ottawa made the list of the best places to live in Canada according to MoneySense Magazine, and here are more reasons that contribute to its appeal:

What makes Brampton one of the best cities in Ontario? Well, it’s among the top three largest cities in the Greater Toronto Area. In 2016, there were about 590,000 residents, which marked an increase of 13% from 2011. The population is relatively young with an average age of 36.5 years.

It’s also called Flower City, a name that emerged from the Flower Festival started in the 1960s thanks to the emergence of the greenhouse industry. With about 3/5 of the cities population made up of visible minorities, it’s also diverse with more than 70 languages spoken.

It offers access to other major urban centers owing to its location in the GTA area. You’ll have plenty to do with annual festivals and plenty of amenities. There is a growing number of homes on sale, and you can read this article for more information on real estate in the city.

Starting off, at the heart of Brampton you can visit the Rose Theater.  You can also visit the suburban city for its numerous parks including Gage Park, Meadow Park, etc. Collectively, there are over 4000 acres to explore. If you’re into jogging or trekking, there are over 90 kilometers of trails. Other things to see include the Great War Flying Museum. For whole family entertainment, there is the Wet n’ Wild water park, among other attractions.

As one of the top Ontario cities, Vaughan experienced a population boom between 1996 to 2006 marked by an 80% increase. In the Greater Toronto Area, it’s ranked fifth in terms of size. It has been shortlisted several times as one of the best places to live in the entire country.

Ride huge roller coasters in Canada’s Wonderland. If you’re looking for a family outing, there is the Wet n’ Wild Toronto park. For kayaking or fishing, you’ll feel at home at the Humber River.

As one of the best Ontario cities to live in, Richmond Hill has a strong focus on business. It hosts companies such as BMW Canada (with a 5.75-acre state-of-the-art facility) and Mazda Canada (where it hosts one of its regional offices). It’s only recently that Richmond Hill attained the title of “city” after a resolution passed by the council in March 2019.  It’s also home to about 185,000 inhabitants.

Some of the reasons that make it desirable include good healthcare, low crime rate, diversity, presence of innovation centers, and vital education sector.

If you’re looking for a city that’s close to Toronto, one with an affordable housing market, and is near the US border, you’ll be glad to choose Burlington. For instance, you’ll only take 40 minutes to travel to Toronto. The city is also home to several manufacturing companies such as Hood Packing Corp, Hadrian Manufacturing, ABB Inc, among others. In fact, it lies in the Golden Horseshoe region.

You’ll have unlimited access to nature, with over 100 parks. Notable ones include the Paletta Lakefront Park, Royal Botanical Gardens, Mount Nemo Conservation Area, City View Park, and more. If you’re in love with lake-towns, you’ll be pleased to learn that Burlington is just by the lake and the boating community remains active.

Latest posts by RAKI WRIGHT (see all)
Previous Post: « A Complete Guide to Prepaying Your Funeral Expenses
Next Post: Fun Activities to do with Kids at Home »