Kids who grow up in a military family, affectionately known as “military brats,” experience unique challenges because of the unique environment they are in growing up. Compared to civilian families, they move more often, and one or both of their parents are often deployed and away for months or years at an end. 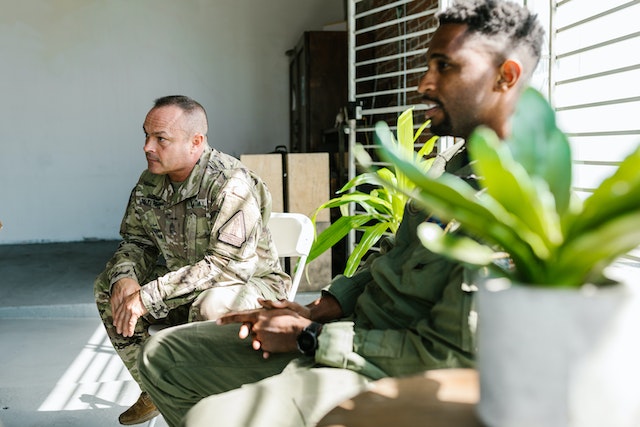 The military child subculture (aka “Brats”) has been recognized for decades. There is no question that children in military families face many challenges that their civilian counterparts will never have to deal with. Although the challenges are significant to acknowledge, the resiliency of these children is equally important. The following facts and figures provide an overview of how modern military children will likely grow up.

Military children have twice the chance of joining the forces

Throughout history, the media has portrayed the military as a family business. As of 2016, 80% of new military recruits between 2012 and 2013 came from military-connected families.

Military spouses sometimes spend 6-18 months away from their spouses, who can be in an unknown or unsafe location. The deployment of a parent or authority figure can leave military children without a parent for months. Aside from abandonment issues, the deteriorating health of their parents due to military service can also affect military brats. Military service can cause issues such as PTSD, depression, lost limbs, mesothelioma, etc., signs of which can occur even years after leaving the military. So instead of worrying, the best solution for military children is to explore any veterans website to learn about benefits and other possible solutions.

You can relate to them

You’ll be surprised! Families in the military are similar to civilian families in many ways. Despite common misconceptions about military families, many of these assumptions are invalid.

Compared to civilian children, children of deployed parents have a higher rate of mental health problems. In terms of depression and anxiety, there were significant differences between the two groups, likely a result of concerns about the safety of their parents. Military children are also affected by their parents’ non-deployed actions.

An absent parent’s behavior reflects on their children, especially external reactions, such as aggressiveness. Symptoms of these reactions can be seen in children. It is likely that these impacts will be more pronounced when the deployed parent is facing greater danger.

Adapting to a new normal of single-parenting, missed baby deliveries, countdown calendars, and an empty dinner table is a challenge for the entire military family. Even after returning from service, it can take a while for the service member to adjust and settle back in.

‘Military brats’ are no accident

Every April, the U.S. military celebrates the Month of the Military Child to honor its estimated 1.2 million military children (aka. military brats) worldwide. However, have you wondered why and where the term “military brats” came into existence?

The term “brat” has been used for military children throughout history, including by military brats themselves. There might be at least 100 years of history behind this term of endearment.

British Regiment Attached Travelers (or Brigade Attached Travelers) traveled overseas with British forces in 1921, and the term BRAT was only used for the children of those soldiers. Due to its apparent perfection, the name caught on in other places as well, including the United States.

In the last forty years, the number of military families increased to the point where military children now outnumber U.S. troops by a ratio of 1.4 to 1. Even though it’s not a huge margin, it shows that military children and their families play an essential role in the service.

The Department of Defense predicts that the number will continue to rise. It is becoming more common for active-duty service members to have children younger than five years of age.

There’re always the new kid on the block

Military life involves frequent moves. It is common for military families to move about every two to three years, and some move even more frequently. It’s common for military children to relocate ten times by the time they’re 12 and to change schools six to nine times during their elementary and high school years – it’s just the way things are. Although the military community supports military families when they move, it can still be challenging and disorienting to move that frequently, both for military spouses and military kids. The military spouse is responsible for packing all the boxes, while the military kids have to say goodbye to their friends.

As a military family member, you are always starting over and are the new kid on the block. There are no permanent mailing addresses for military families, and they must be prepared to move anywhere in the world. In addition to being challenging, moving so often means that military spouses and children live all over the country and the world. It is usually easy for them to make new friends since they are adaptable to new situations.

Military children are tough as nails

Researchers from the University of Texas found that military children maintain healthy relationships with other people, perform well in school, and participate in community activities despite frequent moves and dangerous deployments.

Additionally, they are more resourceful, tolerant, and respectful of authority. They are prepared for adversity throughout their lives by the challenges they face during their childhood. Thus, they are able to adapt more quickly to change.

They master the art of balance

In a military family, balancing commitments and responsibilities is always a challenge. There are times when “the job” must take priority, and there are times when family comes first. At the end of the day, however, when a person joins the military, their family also joins. Despite unique challenges and scary moments, military members, spouses, and children all strive to work together as a family to fulfill their oath to defend the country and its people.

In the end, the sacrifice, difficulties, and challenges that military personnel face while serving isn’t only confined to them – their families also go through it. Therefore, appreciating the sacrifices of men and women in service as well as that of their loved ones, is imperative.