Ever since the first electronic game came about, there has been a lot of development in graphics, animation, and technology. Today, 3D games with fascinating graphics and special effects made using 3D modeling are reigning the gaming world. 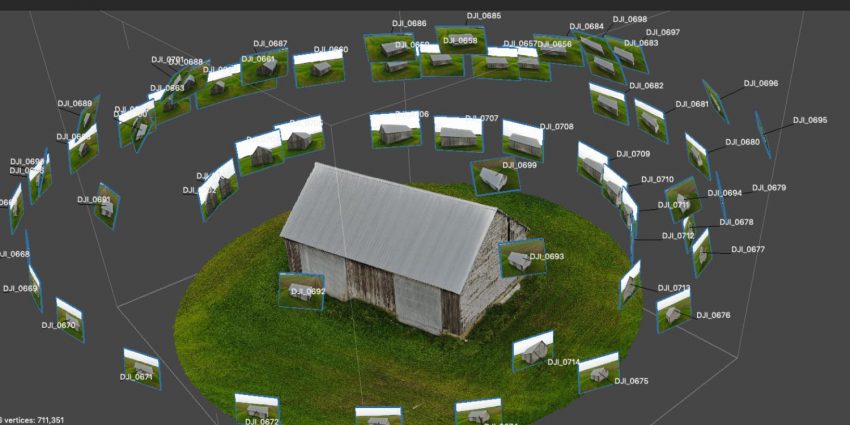 Thanks to 3D modeling, you can see your favorite characters move around very realistically. Apart from the basic dimensions of length, width, and height, 3D modeling can also incorporate life-like visuals in the characters. Thereby, it helps in improving the overall game experience for the player.

As you can guess, something as crucial as 3D modeling will, of course, include a lot of processes and technical skills. It could take time and resources to learn and perfect this art. However, today, you have what is called ‘photogrammetry’ to ease up this entire process of 3D modeling.

Photogrammetry by itself is not a new concept. It has been in use since the 1850s. But it has been adopted only very recently due to advancements in technology. With photogrammetry by your side, you can efficiently perform 3D modeling.

In this article, you will learn how photogrammetry is an easy technique in 3D modeling. Photogrammetry helps even amateurs in 3D design to generate 3D models.

Photogrammetry is the process of generating accurate measurements required for 3D modeling using photographs. In simple words, photogrammetry allows you to take regular two-dimensional photographs of objects and process them into three-dimensional models.

For this process to work out, you need to capture multiple photographs of the same object from different angles. Ideally, these photos should be a series of overlapping pictures of the object from many perspectives. This step is essential because when you later use these photographs on the software, you can extract the exact surface points and create a perfect 3D model.

Photogrammetry is the most popular and efficient technique for 3D modeling for video games. There are several reasons for this –

What You Need To Get Started With Photogrammetry

What makes photogrammetry a widely-used technology is that you do not need expensive equipment to get started. This ideology has effectively encouraged many newbies and hobbyists to try their hands on 3D modeling.

One glance at this list will tell you that photogrammetry will not cost you a lot. This is because you already own most of the equipment required for generating 3D models. So it’s very easy to get started on learning this process.

(Apart from these requirements, you might also need software like Meshmixer and Sketchfab to add final touches and upload your models. These are free applications as well, so no worries.)

3D scanning is the other popular method used to create 3D models. In this process, light is used to capture the measurements of an object. Typically, laser or white light is projected on an object. A camera is then used to capture the object’s surface using measures of how the light had deformed around it. There are both short-range and Long Range Scanning Services available in order to create 3D data for a range of projects within a whole host of industries.

When you compare this process with photogrammetry, there are a lot of disadvantages. Firstly, any interference like too much light or a reflective object surface can result in unfavorable 3D scans, and therefore, distorted 3D models. Such a problem does not occur with photogrammetry because external light is not needed in the process.

Moreover, photogrammetry is known for reproducing objects in the same color and texture as they were found in reality. However, this principle is not very common in 3D scans. So photogrammetry is more suited for realistic 3D models.

Let’s not forget the finances. 3D scans are much more expensive than photogrammetry. For photogrammetry, you need only a camera, laptop and photogrammetry software to process the 3D models. Thus, it is a much more budget-friendly option.

Photogrammetry is an easy method by which you can use simple photographs to create breathtaking 3D models. Where other methods would take six weeks to produce a refined 3D model, photogrammetry can finish it within one week. Such is the speed and efficiency of this technology.

But before that, you must first upskill yourselves by joining concept art courses. Only with a strong background in art and 3D modeling can you use photogrammetry efficiently.

Latest posts by RAKI WRIGHT (see all)
Previous Post: « How Stenciling Can Help Your Children Develop Their Skills
Next Post: A Revolutionary Method for Non Surgical Neck Lifts »