Are you looking for a list of books for your Kindergarten – 5th grader to read? I’ve compiled a list of must read books that your child is sure to enjoy!

Reading is an essential part of any childhood. It allows children and parents to escape into another world and even the opportunity to bond with each other.

My daughter started Kindergarten in August. They are learning sight words and are on the path to becoming readers. It is so exciting!

My son started 7th grade and really enjoy reading graphic novel series books. I’d love it if he would read to his sister.

The following books are must reads for all children between five and ten years old:

Baby’s Big Box of Little Books is a remake of the original picture book ‘The Baby’s Catalogue’, first published in 1982. The new version is split into nine short stories and focuses on familiar, day to day objects and chores which all children will be aware of.

15 Things Not To Do With A Baby

Introducing a new baby to any family will give rise to some conflicting emotions. This book takes a humorous look at the emotional changes which take place.

A Funny Thing Happened On The Way To School

In effect, A Funny Thing Happened On The Way To School provides an abundance of excuses that children may be tempted to try at school.  The excuses may, at first seem far-fetched but the story will make you wonder if there is any truth in them.

Instead of the usual pointless, expensive gifts the Queen decides she would like a pet orang-utan. The book tells the story of her new pet and its rise to royal butler and, finally, promoted to be king. The Queen’s Orang-utan is a satirical story with some basis on real characters but a lot of fun to read!

My Head Teacher is a Vampire Rat

The star of this story is an eight year old, known as Izzy. She and her friends are convinced that their new head teacher is a vampire and they must do everything they can to stop him before he does anything nasty. This ensures some hilarious antics.

The Butterfly Club tackles the issue of over protective parenting. Its star is a young girl who has always been looked after by her siblings. However, a new school forces a separation and leaves the young girl needing to stand on her own two feet; even if that means befriending the class bully!

A boy and his arch enemy turn green and have to be hospitalized. Fortunately, the staff at the hospital are not the most observant and allow the boys to escape; causing chaos around the streets of London!

An eleven year old boy manages to extract the seven deadly sins from his body; each one turns into a little monster and allows both the reader and the author to explore some wild and strange places.

The Farm Beneath The Water

The basic storyline covers the battles of a small group of children, desperate to save the family farm. The result is a school play which saves the day.  The Farm Beneath the Water is exceptionally well written and the characters are brought to life as though they are sitting next to you. 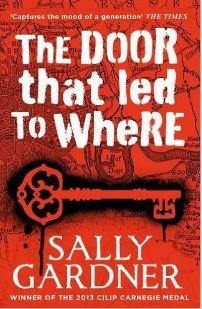 The Door That Led To Where

The mean streets of London are filled with troubled teenagers, who inadvertently discover a doorway to the 19th century. Romance ensues on both sides of the portal along with heinous enemies; the question is where will the teenagers stay when the portal closes?

There Will Be Lies

This is two stories in one; a seventeen year old girl must go on the run with her mum after they are knocked down by a car. They do not know why they are being pursued.  At the same time she discovers a door to another world where she meets a boy who can turn into a coyote and needs her help to defeat an evil witch.

A close friend of eighteen year old Cody commits suicide leaving her to try and understand why. Her search leads her to the world of suicide support groups who actually encourage people to commit suicide. Will Cody escape with her life? To know more you might just want to start reading I Was Here with your kids.

Kids should start reading from a very early age. Parents must help them get started; read to them aloud as often as possible and you might help them develop a passion for books. Be patient, kids 5 – 10 can be rather picky!

By Paul Trevino and LoveReading.co.uk!