It is estimated that Obsessive Compulsive Disorder (OCD) affects at least 1.2% of Americans over the age of 18. But what about OCD in adolescents and young children? 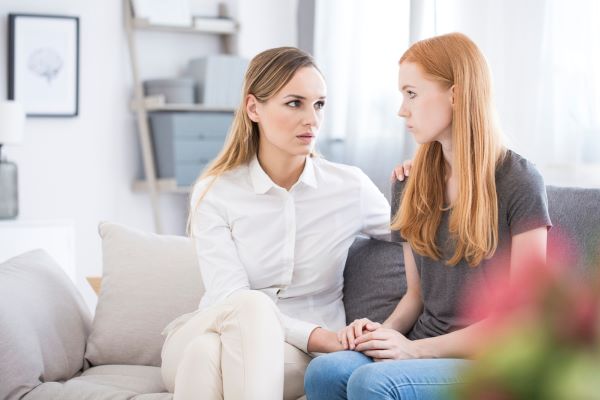 While it is true OCD is more likely to be diagnosed in adulthood, children are just as likely to suffer from it. This is because OCD usually develops during childhood; it just goes unnoticed until much later.

Various studies estimate that anywhere between 0.2%-4% of children suffer from OCD. Unfortunately, children often can not communicate that something is wrong with them. Moreover, many children are often misdiagnosed with something other than OCD since OCD symptoms are somewhat different in children versus adults.

Hence, it is up to the parents to heed all the warning signs of OCD in children. To do that, you must first understand what OCD is and how it manifests differently in children and adults.

Obsessions are constant intrusive thoughts, images, ideas, or urges that consume the sufferer’s every waking hour. Compulsions arise from obsessions, manifesting as repetitive behavior or rituals that temporarily soothe the obsessions. If the sufferer does not perform these compulsions, they can experience a lot of anxiety, distress, fear, and guilt.

Furthermore, various subtypes of OCD exist, corresponding to the subject of obsessions and types of compulsions. Because of OCD’s vast nature, it’s important to get properly tested and diagnosed for OCD.

Unfortunately, OCD is a chronic (yet treatable) condition with no traceable cause or consensus on why it develops. However, some theories point to causal factors during early childhood development.

At What Age Does OCD Develop?

While certain age groups are more likely to get an OCD diagnosis, OCD usually develops from early childhood or adolescence.

Largely speaking, OCD typically develops anytime before the age of 25. Elderly people can also be diagnosed with OCD, but their symptoms usually start showing as early as their teenage years, if not early childhood. When OCD develops before puberty, it is known as childhood-onset OCD, whereas adult-onset OCD develops in early adulthood.

The average age of childhood-onset OCD is around ten years. However, children as young as four years old have also been diagnosed with OCD.

But it’s not easy to spot OCD in such young children unless the symptoms are exceptionally acute. This is largely due to the fact that childhood-onset OCD is associated with different symptoms and comorbidities than adult-onset OCD.

OCD in Children Vs. Adults

For the most part, the phenomenology of childhood-onset and adult-onset OCD is similar; both suffer from obsessions and compulsions, as well as other comorbid conditions.

But, then, why is it that most children with OCD remain undiagnosed until adulthood or frequently get dangerously misdiagnosed?

The answer is simple and implicit in something we previously discussed: OCD manifests differently for different people. Hence, children will have vastly different symptoms of OCD precisely because they are at a lower level of cognitive, mental, and social development. Things that adults obsess about (finances, sexuality, romantic relationships, etc.) aren’t typically on children’s minds.

There are other notable differences in childhood and adult-onset OCD:

Symptoms of OCD in Children

The symptoms of childhood-onset OCD can be categorized into obsessions and compulsions. Some common obsessions among children with OCD include:

Likewise, the common compulsions and rituals related to childhood-onset OCD are:

Sometimes, children start exhibiting severe OCD symptoms out of the blue. This seemingly sudden-onset OCD is actually not OCD at all. Instead, it is a type of pediatric autoimmune neuropsychiatric disorders associated with streptococcal infections (PANDAS). Hence, the child doesn’t have OCD, only a bad case of easily treatable strep infections.

Two modes of treatment are usually employed in complement to each other: Exposure response prevention (ERP) therapy and medication.

ERP therapy helps restructure the sufferer’s mental and behavioral responses to intrusive thoughts. The patient is exposed to various OCD triggers, and the ERP therapist helps them resist their unhelpful thinking patterns and compulsions.

If the symptoms of childhood-onset OCD are severe, the patient may also benefit from medication, especially classes of antidepressants and anti-anxiety medications. But if the symptoms aren’t too debilitating, doctors usually hold off on medication until at least puberty.

While OCD typically gets diagnosed in early adulthood, it can start to develop and manifest as early as childhood. Unfortunately, childhood-onset OCD usually goes undiagnosed or even dangerously misdiagnosed.

Hence, it is up to the guardians and caregivers of the child to heed these warning signs of OCD. The earlier you are able to detect these signs, the quicker your child can start to recover and lead a childhood free from obsessions, anxiety, fear, and guilt.

Latest posts by RAKI WRIGHT (see all)
Previous Post: « Five crib benefits for babies and why are cribs necessary?
Next Post: 8 Moving and Packing Tips for First-timers »