Life’s hard, even for children. Some would go as far as to argue that life’s even harder for children than it is for adults because they lack the ability to rationalize their emotions in the same way that an adult can. 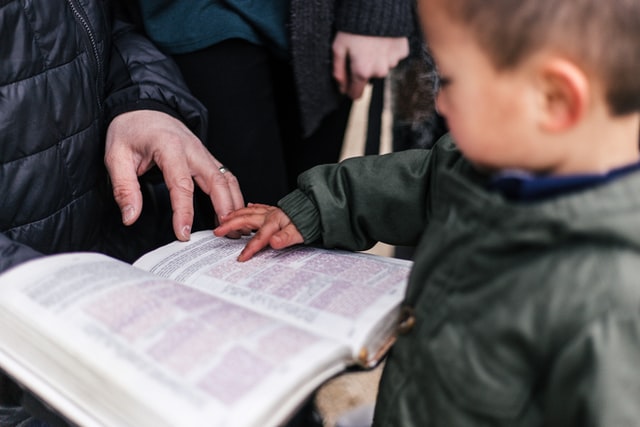 The emotions of children are often raw and primal, with no reasoning behind them. Even as children grow into adulthood and begin to develop the capacity for understanding why things happen, they tend to act out more irrationally than an adult would.

This post will explain how you can learn to support your child through difficult life events so that they can deal with their emotions more easily:

According to the psychiatric professionals from williamsburgtherapygroup.com, there is a wide range of different treatments available to patients suffering from mental health issues, which include neuropsychological evaluation and psychiatry.

It may also be worth you attending therapy. Sometimes the behavior of parents is what makes a child’s life difficult.

If you suspect that you have a role to play in your child’s mental health problems, then therapy could help you to overcome these issues and become a better parent. You could also potentially attend therapy with your child and explore your issues together with a therapist.

If you are dealing with your child’s issues at home and won’t be going to a therapist, then there’s one simple rule that you need to follow: Listen first, talk after. The worst thing that you can do when you are dealing with an emotional child is to talk over them because this makes them feel as though you are stifling them.

Additionally, talking over them can result in them picking up the same habits, which they can then re-enact with their own children.

Never diminish your responsibility in situations where you are guilty. The worst thing that a parent can do is to teach a child that it’s okay to refuse to accept responsibility when they are in the wrong.

More often than not, parents who diminish their own responsibility teach their children that this is acceptable behavior, and consequently behavioral problems arise in adolescence and adulthood. Whenever you are in the wrong make sure that you express your acknowledgment of this to your child and apologize if necessary.

It can be hard for a child to forgive their parent if they won’t accept responsibility for bad behavior.

If you try to suppress them then it can feel (to them) as if you are trying to suppress their entire identity, which won’t go down well with them. Squashing your child’s emotions isn’t a good idea, so don’t do it.

Instead nurture them, while at the same time getting to the root of them, especially if they are causing them to act out. It is still important to discipline your child if they are behaving irresponsibly because of their behavior, however.

When you feel upset, sad, or angry then express your emotions to your child. Talking about your emotions with your child will help them to learn about the importance of openness and sharing.

You shouldn’t delve into the causes of your problems though, because some of them could be too much for your child to handle or understand. You should avoid lying to your child if they ask if you are upset because this could then result in them adopting similar behaviors and lying about their behavior to people.

Lastly, ensure that you are consistent in your parenting. Consistency is absolutely crucial if you want to nourish your child’s emotions.

You must always be there for them. In addition to being consistent in support, make sure that you follow the rules that you set. If your child sees you breaking your own rules, then they won’t follow them either.

If you aren’t in a relationship with your child’s other parent anymore, then make sure that they also follow the same rules as you, so that your child gets consistent parenting from both of their parents.

You need to be there for your child, so that their emotions are nurtured, and not stifled. If your child feels that you are stifling them, then they will act out.

The better your child is at handling their emotions, the more likely they are to be well behaved.

Latest posts by RAKI WRIGHT (see all)
Previous Post: « 6 Office Appliances That Are Also Great For Home Use Too
Next Post: 6 Tips For Deciding On The Most Fitting Facade For Your Home »