Making sushi at home is easy – learn the basics of how to make sushi, sushi rice, filling, and rolls. Then, learn how to cut sushi rolls.

The Basics of How To Make Sushi

Sushi has been a staple food in Japan for centuries, and it has been a part of the American culinary landscape since the 1950s. Since then, sushi chefs around the world have found innovative new ways to cook what was once a relatively simple dish 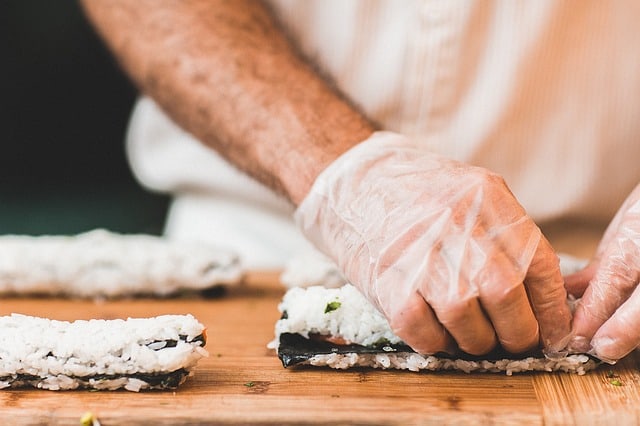 lls”>sushi making fundamentals are not hard for a beginner to pick up. If you’ve always wanted to learn how to make a basic sushi

roll, here is what you need to know to get started.

How To Make Sushi Rice

is the basis of any sushi roll. Originally, sushi was made using fermented rice and had a sour taste. These days, vinegared rice

Sushi rice is best made with a rice cooker

, which is fairly inexpensive and easy to find even though it isn’t standard in most American kitchens. Before you cook the rice, you should wash it first. Begin by placing your rice in a sieve

and rinsing it in your sink. Place the rice in a bowl

with some water and wash it gently by hand. When the water is clear, your rice is clean. This is meant to remove any excess starch from your rice, which will make it more suitable for making sushi.

Once your rice is clean, it can be cooked in a rice cooker. Place the rice in your rice cooker with plenty of water and let it soak for about 20 minutes before cooking. Once it is cooked, you can season it with some rice vinegar to give it the slightly sour taste that is associated with good sushi.

How To Make Sushi Filling

Sushi filling is made from vegetables, fish or other kinds of meat. Vegetables and fish can be served raw or cooked, but any meat other than fish is almost always cooked. Your filling can be just about anything, but common sushi fillings include tuna, avocado, salmon, crab and cooked shrimp.

How To Make Sushi Rolls

. Nori is sold in packages at just about any grocery store that carries Japanese food

. The most basic sushi roll is made by spreading a layer of cooked rice over a sheet of nori, placing the filling of your choice in the middle of the sheet and rolling the entire thing into the desired shape.

Most sushi rolls are a round cylinder, but they don’t have to be. Square sushi rolls are just as common as round rolls, and talented sushi chefs can even make triangular rolls. The shape of the roll comes down to personal preference; it doesn’t affect the taste of the roll in any way.

As easy as it sounds to make a sushi roll, it does take practice to get it to look right. A sushi rolling mat

is often used by beginners to get a perfect roll, but more experienced chefs can make a great-looking roll by hand. Make sure you do not overstuff your sushi rolls. This is something that is common among novice sushi chefs, and it can completely ruin a sushi roll.

Don’t get discouraged if you cannot make the perfect sushi roll the first time. It’s a technique that takes a lot of practice, and your first results probably won’t look too great. As long as you’re careful with your rolls and your technique, you should be making good-looking sushi rolls after your first four or five attempts. 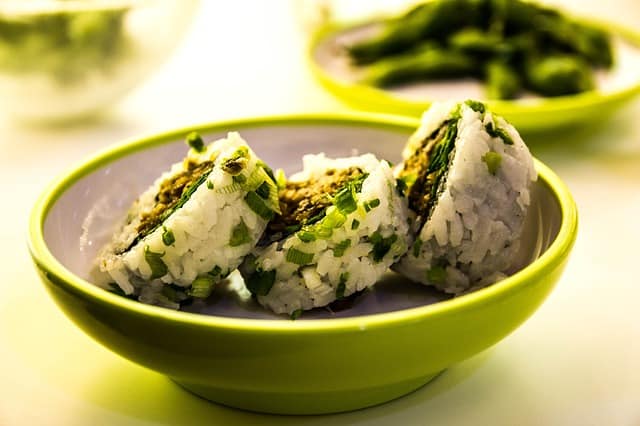 t you want to make sure you use a sharp knife in order to get a clean and even cut.

All that’s left once your sushi rolls have been cut is to serve your delicious dish. Sushi is typically served with soy sauce

. Soy sauce has a salty taste that gives your sushi rice a more savory flavor, while wasabi is a paste made from horseradish

. The pickled ginger is typically eaten between sushi rolls to cleanse the palate. 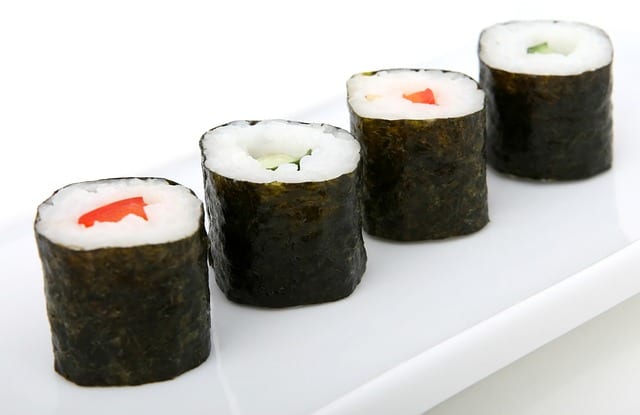 hances to get creative. If you want to learn more about what can be done with a “simple” sushi roll, there are classes such as The Art of Sushi Making from Cozymeal you can take. Besides Boston, they have classes in several cities such as San Jose, San Francisco, Los Angeles, Washington, D.C., and Seattle. Also there are plenty of restaurants across the country that serve their own versions of this Japanese staple food. Check out some near you to get some ideas for yourself.

Have you ever made sushi?