When you are too preoccupied with school or work to devote much time to drama streaming, you certainly do not wish to start a series that will take months to complete. You would find yourself searching for a quick diversion rather than a long-term commitment in your hectic schedule. 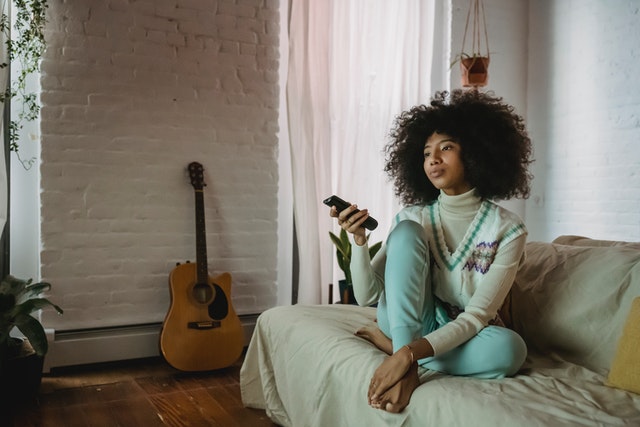 As all you want is an easy, engrossing storyline with a lot of stuff going on, only without the dedication of a 12-season series.

Considering that, listed below are some suggestions for TV shows short enough to be watched in a day or an evening. Any busy woman looking to get away from long-term devotion series will find them all to be good palate cleansers.

Where and How to watch your favorite shows?

Before diving into the article, let’s first talk about streaming these shows via gadgets and sites. Devices like the Amazon FireStick took the market over by storm and are still famous for their streaming services. However, you have to pay high subscription fees for streaming platforms to stream via these devices.

With that being said, let’s now have a look at the six best shows for busy women:

The stars and showrunners of the American version of The Office, Steve Carell, and Greg Daniels, return for yet another workplace comedy. Carell’s role, General Mark Naird, is attempting to establish the United States Space Force to ” set foot on the Moon by 2024.”

The season immediately settles into a comfortable pace, with Naird and his lead scientist (John Malkovich) vying to satisfy or defer the obligations that have been put on them. With ten short episodes of 30 minutes each, this series is an excellent escape during a break from your busy schedule.

You can accommodate this series perfectly in your hectic schedule. The show is somewhat simple and does not spend much time on character development.

Despite having a predictable plot, the story is worth your time and interest. The plot revolves around a girl self-conscious about her appearance and believes that she will never be loved, particularly by a cute and popular guy in her class. However, one lucky day she is given a chance to change things when her mother presents her with a mystical ring.

Natasha Lyonne, who plays the lead in Russian Doll, is a hot-tempered party addict who becomes enraged when she learns she is trapped in a loop that constantly ends with her death. Russian Doll is a mix of comedy and drama and a lot of commendable specificity in the place and characters. The nearly four-hour narrative is more like an in-depth, intricate film, telling a single story about humanity and life’s difficulties, but in a humorous, bruisingly sardonic style.

This story will also not necessitate a significant time investment and is a good escape from a busy schedule. Despite its brief duration, the show is well-paced, with the flow of time managed with care.

The story begins with a high schooler studying for a college entrance exam. She ran away because she was so stressed and got caught up in a rainstorm just as she was about to take the test. This is where mysticism happens.

Galavant, which begins with the narrative of a medieval knight whose beloved is abducted by a cruel monarch, quickly deviates from its original plot. The players’ over-the-top dedication to the funny content, particularly Timothy Omundson as the monarch and regular camera thief Vinnie Jones as his unexpectedly soulful enforcer, makes this work. It could be a worthy watch if you want to spend a good break time.

Page Turner is about three teens who share a passion for playing the piano. Following a tragedy, the worlds of two youngsters are turned upside down. After losing their ability to do what they loved due to an unfortunate event, a brilliant musician and a sports athlete assist and inspire each other to explore a new sense of life.

There are hundreds of dramas available, with more being produced every day. We cannot watch each drama ever filmed, no matter how much we would like to. This selection is for you if you are occupied and only have a handful of hours free to relax.

Latest posts by RAKI WRIGHT (see all)
Previous Post: « 5 Reasons Honey Is the Best Thing You Can Feed Your Child
Next Post: 6 Safety Tips For New Homeowners »